The DEA gets its budget cut and its activities restricted in the House, but is still wiretapping like crazy, a Delaware decrim bill advances, so does a CBD cannabis oil bill there, and more. 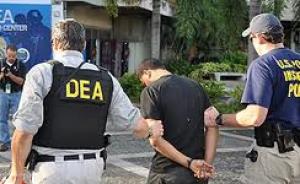 DEA was in the crosshairs on Capitol Hill this week. (justice.gov)

Milwaukee Common Council Votes to Shrink Pot Fines. The council voted Tuesday night to reduce the maximum fine for possessing 25 grams or less from $500 to $50. Mayor Tom Barrett must approve the measure before it can go into effect.

DEA Slapped Down in Series of Congressional Budget Votes. In a series of votes yesterday, the House voted to end the DEA’s controversial bulk data collection program and also passed three amendments cutting funding from the DEA and shifting it to other federal law enforcement priorities. In more votes today, it approved three amendments aimed at blocking DEA and Justice Department interference with industrial hemp, CBD cannabis oil, and medical marijuana in states where they are legal. A fourth amendment that would have barred interference in legal marijuana states was narrowly defeated. The votes came as the House considers the FY 2016 Commerce, Justice, and Science Appropriations bill. Click on the link for full coverage.

DEA Wiretaps Triple in Nine Years. The DEA conducted 11,681 wiretaps in 2014, up from 3,394 in 2005, according to USA Today. Over that period, the agency has increasingly resorted to state court judges to get wiretap warrants in a bid to get around more rigorous federal requirements. “Federal law requires approval from a senior Justice Department official before agents can even ask a federal court for permission to conduct one,” the newspaper explained. “The law imposes no such restriction on state court wiretaps, even when they are sought by federal agents.”