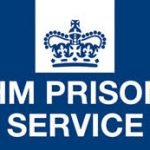 Figures from the Ministry of Justice (MoJ) show that more than one in every 100 people behind bars in Britain over the past five years was convicted of a cannabis offence — with thousands more kept in police custody. The figures include only prisoners for whom cannabis was the main offence, not where the drug was a contributing factor to another offence.

“Leaving the moral arguments aside, it is clear that the prohibition of cannabis costs taxpayers a fortune every year,” Harry Fone of the Taxpayers Alliance told The Times. “Legalization would release hundreds of millions of pounds to be spent on other priorities.”

The consumer group said that the police spend £212 million per year enforcing cannabis laws, the Crown Prosecution Service spends £47 million, £60 million goes towards legal aid for those charged with cannabis offences and the probation service spends £141 million monitoring people with convictions. When you add in the cost of keeping prisoners locked up, it all amounts to more than £2.5 billion since 2015, according to the Taxpayers’ Alliance.

Research suggests that around 7,000 people per year spend up to 12 hours in custody for cannabis related offences, and many of them are minor possession charges. However, the number of prisoners serving longer sentences for cannabis offences has dropped to 682 right now, bringing the five-year average down to 969 per year. That suggests police forces are increasingly turning a blind eye to it, referred to as decriminalization by stealth.

Read the full paper published in 2018