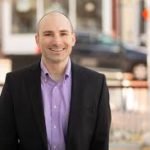 The report reveals that  on his first day as Fairfax County Commonwealth’s Attorney, Steve Descano announced his office will no longer prosecute adults on simple marijuana possession charges.

The report goes on to say

He said his goal is to use the county’s resources to make the community safer, not entrap people in the criminal justice system.

“You take a look at what conviction for a simple possession of marijuana charge does,” Descano said. “It really caps someone’s potential throughout their entire life when they go to get a job, get an education, or even go get a place to live, and we should be using those resources instead of hurting people in that way, using those resources to go toward things that actually impact community safety.”

The move by Descano is effective immediately, but does not include possession with the intent to distribute, nor does it include conspicuous public use of marijuana.

Factors that could determine what marijuana charges are brought by prosecutors include but are not limited to, the amount of marijuana present, the packaging and division of marijuana, and any accompanying drug or drug-sale paraphernalia, according to Descano’s office.

“We need to be focused on getting real justice,” Descano said. “It’s all about putting the resources towards things that actually allow people to see that the criminal justice system is working for them.”