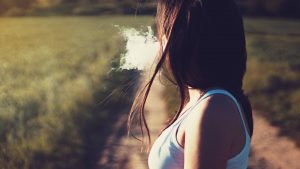 The proposed ban has many in the industry rushing to cut the motion off before it becomes law. The major concern is that such a ban could mean the end for countless vaping companies who are solely in business to sell vape pens and cartridges.

If you need help protecting your cannabis business or dispensary, our Los Angeles marijuana attorneys are here for you.

Industry executives say the proposed L.A. vape pen ban could not only cost hundreds of millions of dollars in lost sales on inventory already in stock, but the ban could quickly cause a slippery slope, where other cities place vape pen bans too.

“It could quite possibly represent the death of the regulated industry,” said Kenny Morrison, president of the California Cannabis Manufacturers Association.

Morrison further explained that a city council imposed ban likely would not end at vape pens, and could ripple further, disturbing the entire legal cannabis supply chain in California. “I think it will affect all regulated cannabis companies,” he said.

The Dangers of Bootleg Vapes
Over the summer, vaping-related lung disease resulted in the deaths of 13 people and saw more than 800 others hospitalized across the country, and the majority of those affected were linked to using vape pens bought from black market cannabis shops. The vape ban motion, introduced by Los Angeles City Council Member Paul Krekorian, is part of a nationwide reaction to this serious health risk.

Many industry insiders are already mobilizing to halt the proposed ban. They believe the vape pens are causing serious health problems are all bootleg products that have not had to meet with the industry’s strict quality assurance regulations. And, that penalizing the legalized market would be a mistaken knee-jerk reaction to the problem.

Motion Review
United Cannabis Business Association president, Jerred Kiloh has said that a coalition of cannabis companies have hired a lobbyist to challenge the proposed ban. It remains to be seen how many council members will show their support of the motion, and whether or not it will become a law.

The motion is currently with the council committee, but timing on when a proposed ban could occur is not yet known. Executive Director of the Southern California Coalition, Adam Spiker, said the council could convene an emergency hearing if it really wanted to push the ban through quickly, but he believes the review of a motion like this would take “a couple of weeks.”

Legal Implications
Should the proposed vaping ban become law, many vaping companies could be driven completely out of business. Especially those exclusively manufacturing vape products, and solely serving the Los Angeles market.

Even if the ban does become law, that is unlikely to quell the huge demand for vape products. It is estimated that 30-40 percent of all L.A. marijuana product sales are comprised of vape pens and cartridges, with tourists helping to drive that demand. So, the very act of banning regulated vapes would ultimately drive more black market vape sales – not the outcome legal cannabis business owners nor medical professional would be hoping for.

From a bottom line standpoint, industry executives note that taking 30-40% of product off the market will likely result in hundreds of millions of dollars in losses. For most vaping companies, that’s a toll they simply won’t be able to withstand.

For this reason, industry stakeholders will be hoping the committee decides against a vaping ban. Many would rather alternate actions spring up – like clamping down harder and getting bootlegs off the streets, or better informing the public about the risks black market products pose. At the end of the day, it would be great to continue encouraging all cannabis users to make their pot transactions in legal store fronts only.

The year 2020 may become a pivotal year for cannabis operators and service providers, including...view more

Manufacturers of THC vape cartridges should be alert to the fact that the industry could be facing...view more

California Vape Manufacturer, Kushy Punch, has been accused of operating both legal and illegal...view more

On October 9, 2019, the Washington State Board of Health (“BOH”) voted to adopt emergency rules...view more