Manufacturers of THC vape cartridges should be alert to the fact that the industry could be facing a wave of product liability lawsuits, if headlines and recent filings are any indication. 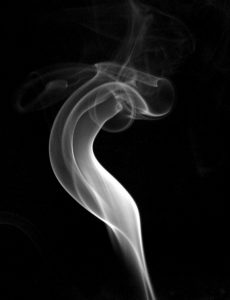 Recently, a police officer/former U.S. Army Special Forces servicemember filed a product liability lawsuit in Washington State against numerous THC vape cartridge manufacturers, alleging he contracted a condition known as lipoid pneumonia as the result of using the vape cartridges. According to court records in Wilcoxson v. Canna Brand Solutions LLC et al., plaintiff began using a number of cannabis vapor products in January 2018, and continued use through September 2019. He suddenly woke up one night wheezing uncontrollably. When symptoms didn’t improve, he went to the emergency room. He was given the pneumonia diagnosis, and the pathology report noted indicators of a reactive airway disease that doctors traced to the vape pens. He was hospitalized for three days, and while he did return to work, it’s only been part-time and on light duty, as he can no longer run. The full extent of his injuries, the lawsuit says, is not yet known.

Asserting negligence and strict liability against a number of defendants, plaintiff accuses the manufacturers of producing and selling a product that was defectively designed, unreasonably dangerous, unfit for human use and that caused his illness.

The defendants in the case are listed as jointly and severally liable, which as our Los Angeles marijuana lawyers can explain means that a single defendant can be held legally responsible to pay damages caused by other defendants. This civil litigation strategy is often used when there isn’t enough reliable/scientific evidence to prove medical causation of one’s illness against any single defendant. (We saw this exact thing in tobacco and asbestos toxic torts.) It’s beneficial for the plaintiff too because if one defendant goes bankrupt or defunct or can’t be found, any of the others can be responsible to pay their share.

How Many Marijuana Vapor Cartridge Illnesses Have Their Been?

It’s difficult to say exactly how many people have become sick after using marijuana vapor cartridges or to know for sure if that’s the cause. We do know that the U.S. Centers for Disease Control and Prevention reports some 2,200 cases of “probable” vape usage resulting in lipoid pneumonia. In all, some 42 people have died in 49 states.

It doesn’t appear to be the THC or CBD itself that is the problem, but rather possible contaminants, and possibly synthetic additives that aren’t regulated.

We also do know exactly how long this has been an issue because until fairly recently, not many doctors were asking patients who sought treatment for respiratory issues specifically about their vape usage when there didn’t appear to be any other cause of infection.

Companies must be licensed and regulated to sell any cannabis products in California, and that includes vape devices for THC use. Marijuana vape manufacturers insist their products are safe, but the CDC warns against all vaping – THC or otherwise. It’s likely this is only the beginning of litigation on this front.

Outbreak of Lung Injury Associated with the Use of E-Cigarette, or Vaping, Products, CDC

On October 9, 2019, the Washington State Board of Health (“BOH”) voted to adopt emergency rules...view more

Unless you’ve been living under a rock, you know that the U.S. is facing a vaping...view more