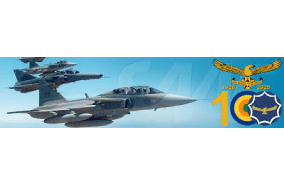 Pretoria – Four men’s dreams to be enlisted in the SANDF as air force cadets were dashed when they were kicked out of the training programme after cannabis was detected in their blood.

However, the four took the SANDF to court, claiming that the minister and the department did not “respect” their right to use this substance in the privacy of their home.

The four launched an urgent application in the Gauteng High Court, Pretoria, to overturn the SANDF’s refusal to admit them to the training programme.

They claimed that they were called at short notice to report to the air force base, prior to each of them having consumed some cannabis at home.

While some said it was done for recreational purposes, others claimed they had consumed the cannabis for medical reasons. But they told the court, it did not matter, as this was done within the law, at their private homes.

They applied in June last year to the SAAF to enlist as cadets for the 2022 intake in the military skills development system training programme.

It is a two-year programme with an important component called Basic Military Training. Permanent and temporary commissions are only conferred on selected candidates who must have completed the component.

As stated on the application form, they were informed that if they have not been contacted by the end of December, they should consider their applications unsuccessful.

The candidates did not receive any feedback and regarded their applications as unsuccessful.

The four used cannabis either for “medicinal purposes and/or recreational purposes” at their respective homes during January and February this year.

According to them, they were unexpectedly contacted and told to report at short notice for duty at the Swartkop Air Force Base.

While there, the military police arrived with a canine unit to search for illicit substances like drugs and cannabis. This was after officers at the base said they had sniffed cannabis in the air near some tents.

The canine unit called out two of the selected members of the programme, but after a search was conducted, there was not enough evidence to confirm whether the traces found were traces of illicit substances.

The cadets were later instructed to undergo blood and urine tests for illicit drugs, due to the suspicion of drug use in the camp.

A private laboratory was approached to test the blood and urine samples. Because of the number of tests that had to be done, the decision was taken to proceed with the training while the testing was done and all departed to Hoedspruit.

In March, the applicants and two other cadets were told that they had tested positive for cannabis. They were told to withdraw themselves from training due to medical reasons.

They were transported to Pretoria and claimed to have been under the impression that they would be re-evaluated in Pretoria.

However, they were told to call their parents to collect them on the way to Pretoria. They were dropped off outside the air force base.

The SANDF said they never disclosed on their application questionnaires that they had used cannabis.

After testing positive, their medical classification had changed to temporary unfit (for six months). The SANDF said the applicants were not dismissed in terms of labour practices but were withdrawn from the programme due to medical reasons.

The applicants lodged complaints with the Military Ombud and last month they approached the same pathology laboratory for a re-evaluation, and their results were negative.

They claimed that the SANDF discharged them for exercising their fundamental right to privacy before commencing training and gaining employment with the department.

Their stance is that they were entitled to use cannabis for medicinal or recreational purposes in the privacy of their own homes.

They contend that the cannabis detected in their urine and blood samples was present in their systems because they ingested the drug at their respective homes before reporting to Swartkop.

The judge, however, said they first had to wait for the Military Ombudsman’s decision before turning to court.