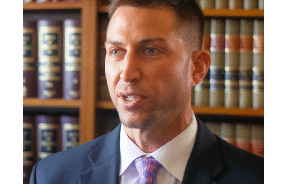 A preliminary report released by the National Transportation Safety Board found that the teenage driver in the fatal collision in March in Tishomingo tested negative for alcohol but positive for cannabis after her death.

Six teenagers were in the small car at the time when they collided with a large truck.

“Instead of wanting something to point the finger at, I think we really need to be sympathetic and empathetic to these families and be compassionate for them,” said DUI defense attorney Sabah Khalaf. “It’s just a tragedy.”

Khalaf is recognized as one of Oklahoma’s leading DUI and criminal defense attorneys and said there isn’t much relevance for these preliminary reports.

“Just because there was an amount found in her system doesn’t mean that she was in any way impaired and anyway under the influence,” he said. “It’s really easy to point fingers, but realistically there hasn’t been quantitative analysis done on it and there won’t likely be one and so you can’t just say that’s the reason.”

Khalaf referred to a 2017 report to Congress by the National Highway Traffic Safety Administration that explains how marijuana interacts with the body and can remain in someone’s system long after psychoactive effects have worn off.

“It’s really easy to point fingers, but realistically there hasn’t been quantitative analysis done on it and there won’t likely be one,” he said. “So you can’t just say that’s the reason.”

Khalaf said toxicology reports could be used if the families decide to move forward with a civil suit. At this time there has been no indication that the occupants’ families desire to do so.

The teens were on a school lunch break in a Chevrolet Spark that is designed to carry four passengers when the crash happened. The NTSB preliminary report also stated the 16-year-old driver had been issued an intermediate driver’s license six months before the crash. Under that license, she was only legally permitted to have one passenger from outside her household unless there was someone who was at least 21 years old in the car.

According to the report, the teen driver turned left at a stop sign when her car was struck by an oncoming truck. The truck’s driver was not injured and tested negative for alcohol and drugs, the NTSB report said.