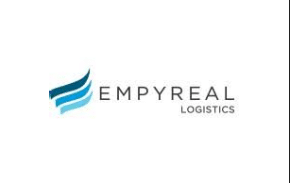 The settlement for no financial compensation allows Empyreal Logistics to resume services after two transports of money were stopped and cash was seized in November and December, The Sun of San Bernardino reported.

An armored car company has settled its lawsuit that accused the San Bernardino County sheriff of illegally seizing over $1 million in cash it was transporting from medical marijuana businesses in California.

The settlement for no financial compensation allows Empyreal Logistics to resume services after two transports of money were stopped and cash was seized in November and December, The Sun of San Bernardino reported.

Deputies said in a search warrant that there was probable cause a felony had been committed when the vehicle was stopped Nov. 16 and $700,000 was seized.

Although California is one of 37 states that allow medical use of marijuana and one of 18 that legalized its recreational use, the drug remains illegal under federal law.

Because big banks and credit card companies have shunned the industry, it largely operates on a cash basis. As a result, some businesses have turned to armored cars to transport large quantities of cash.

In a statement, the sheriff’s department said it recognized Empyreal acted in good faith.

“Both sides also acknowledge that Empyreal is part of the solution to help with financial transparency and that San Bernardino Deputies are not highway robbers as previously reported in the media,” the statement said.

The company previously reached an agreement in which participating federal law enforcement agencies, including the FBI and Drug Enforcement Administration, agreed to return the money.

“Now that the funds have been returned and after meeting with the sheriff, we are confident that we can continue serving state-legal businesses without future disruptions,” O’Gorman said in a statement.

Under federal civil forfeiture laws, if law enforcement had been entitled to seize the money as proceeds of a crime, San Bernardino County would have been able to keep 80% of the cash and the federal government would get the rest.