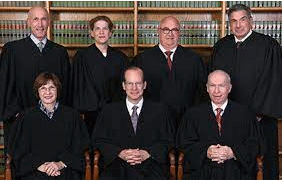 The New Jersey Supreme Court case that could decide how cannabis impairment is — or isn’t — measured by police is nearing a conclusion with multiple ramifications.

In question is the protocol and use of specially trained officers known as Drug Recognition Experts (DREs), who perform marijuana sobriety tests. The case, State v. Olenowski, involves the state Office of the Public Defender challenging the scientific validity of how police officers detect drug impairment, including on drivers suspected to be under the influence of THC, the psychoactive ingredient in cannabis.

The case could also affect other provisions in the law that require sobriety to be measured in the workplace since much of those impairment testing protocols pull heavily from the same training standards DREs receive.

“We are waiting to see what is going to happen with that case,” said state Cannabis Regulatory Commissioner Krista Nash at a Saturday business cannabis event organized by Roll-Up Life, a New Jersey-based CBD delivery company. “We don’t want to write rules and then have a court case settled be in conflict.”
THC can impair skills required for driving safely by slowing one’s reaction time, decision-making and coordination.
There is currently a lack of technology that can tell in real time what threshold makes a person too impaired to drive, meaning police officers had to rely on a sobriety test their profession created.

There are provisions in the cannabis law that allow police to receive funding for even more DREs that can be affected as well.

The OPD attorney leading the case, Kimberly Schultz, said she was waiting on next steps.

“Our briefs were submitted in March and we are waiting to hear from the judge about whether he wishes to have an oral argument,” Schultz told NJ Cannabis Insider.

The New Jersey Association of Drug Recognition Experts declined to comment on the case until it is resolved.

The state Attorney General’s Office went on record in a previous article signaling support for the program.

“New Jersey has long taken a proactive approach to impaired driving, which historically accounts for about a quarter of all of our traffic fatalities,” said Lisa Coryell of the AGO. “We have embraced the DRE program as an effective tool in addressing drug-related impaired driving.”

In that same article, Nick Morrow, a former DRE instructor, who served with the protocols implementation in the earlier days of its California debut, vigorously criticized the protocols’ selective methodology. He also described how officers would often fail the test themselves when he was in charge of instructing them on how to administer it to civilians.

On May 24, 2019 the ACLU of New Jersey and the Office of the Public Defender filed an amicus brief in the New Jersey Supreme Court in a case that questioned the reliability of Drug Recognition Evaluation (DRE) testimony. DRE examinations are performed by police officers to determine whether drivers are under the influence of drugs. There are twelve steps to the DRE protocol, some of which are highly technical. Among other things, the DRE protocol requires testing a suspect’s pulse, gaze nystagmus, blood pressure, temperature, pupil size, and muscle tone. We contended, as a threshold matter, that these tests are sufficiently scientific to require proof of their general acceptance before they can be used in criminal prosecutions. The State did not introduce expert testimony or scientific writings; instead it relied on judicial opinions to prove general acceptance. The brief explained that the State overread the precedent on which it relied and, even if it didn’t, the jurisprudence was not persuasive. Although courts have allowed DRE testimony for a long time, when scientists adapt, courts – as gatekeepers of scientific testimony and evidence – must consider the changed state of science. We urged the Court to appoint a special master to hold a hearing to determine the acceptance, and therefore reliability, of DRE testimony.

Alison Perrone/Office of the Public Defender