The public hearing at the Guam Legislature was the second in a three-day series of hearings concerning proposed regulations for the program. Island voters approved the use of medical marijuana in last year’s General Election.

“I can’t charge $1,000 for a red velvet cookie! That’s just unacceptable,” said Andrea Pellacani, spokeswoman for Grassroots Guam. “At these rates, how many patients would even sign up for the program?”

One participant at Thursday’s public hearing flew more than 5,000 miles to share his experience with mainland medical and recreational marijuana programs. “This draft seems like too much of a bureaucratic function,” said Jesse Pablo, a technology consultant and veteran user of regulated marijuana. “In Washington (state), patients can grow their own plants. There are more options, which means the quality goes up while the prices go down.”

Washington enacted medical marijuana legislation in 1998 and then legalized its recreational use in 2012.

According to the state’s Legislature website, qualified patients and designated caregivers can grow up to 15 plants in their homes and possess up to 16 ounces of useable marijuana.

Pablo said the prices proposed in the draft would be too expensive for Guam residents and small businesses.

Tom Nadeau, administrator of the environmental health division of the Department of Public Health and Social Services, again reminded participants and observers that the prices stated in the draft proposal, along with many other parts of the document, are open to changes that could occur after the series of public hearings.

The public is encouraged to attend and comment at the last of the three-day public hearings on Friday from 3 p.m. to 6 p.m. at the Castle Mall in Mangilao. 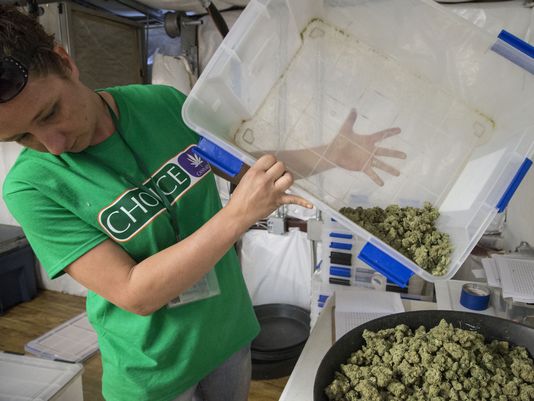