The popularity of Delta-8 in California and beyond has soared in recent years. However, the legality of the substance has been called into question, with 21 states restricting it or even banning it altogether as of April 2022, sparking outcry from companies, customers, manufacturers, and distributors. 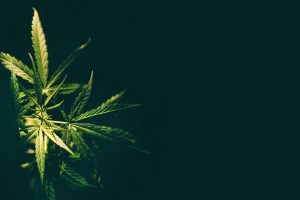 In California, despite having some of the most liberal cannabis laws in the country, delta-8 is still regulated and restricted. State law regulates using, possessing, selling, distributing, or producing hemp and marijuana-derived delta-8 products – similar to the way it regulates high-THC marijuana. Unlicensed distributors (either online or with brick-and-mortar stores) aren’t allowed to sell any hemp-derived products (including Delta-8) with more than 0.3 percent THC. Licensed dispensaries, on the other hand, can. They can also sell delta-8 that is derived from marijuana. State law also regulates and restricts delta-10, THC-O and HHC products that contain more than 0.3% THC.

That said, back in may a federal appellate court in California held that delta-8 THC and other hemp-derived substances are legal under the 2018 Farm Bill. The U.S. Court of Appeals for the Ninth Circuit ruled this was true even if the products contained properties that were psychoactive.

The three justices unanimously held that goods made with delta-8 THC are legal under U.S. law. The Farm Bill establishes hemp as any part of the cannabis plant – including all cannibinoids, extracts, and derivatives – that contain less than 0.3 percent delta-9 THC by weight. However, the federal law says nothing about delta-8. The court said that while the wisdom of legalizing delta-8 products could be up for debate, it would not substitute its own policy judgment for that of the United States Congress.

As our Los Angeles cannabis lawyers can explain, delta-8 THC has psychoactive properties, though typically not as intense as what one might get from marijuana. But that is what draws a lot of people to it. One of its main selling points is that it can get a user high without the same sort of anxiety that some users feel when they consume delta-9 and other high-THC products.

It’s these psychoactive properties, however, that have made delta-8 the subject of great controversy concerning the drug’s safety. At a recent federal hemp roundtable, the former federal attorney for the Western District of Kentucky (also former legal counsel and advisor to Sen. Mitch McConnell), stated that the sale of hemp-derived products with marked psychoactive properties (like delta-8, specifically) isn’t consistent with the intent of Congress when it passed the 2018 Farm Bill. He argued that not only did products like delta-8 potentially put kids at risk, but they undermined legal hemp industry integrity. He said that the legalization of hemp to begin with was only possible with a broad coalition of stakeholders who based their argument on the idea that non-intoxicating hemp was a prime agricultural opportunity.
The 9th Circuit’s ruling stemmed from a trademark lawsuit filed by an e-cigarette/vaping manufacturer alleging that a Los Angeles company was selling counterfeit versions of its delta-8 products. The defendant, however, says that the trademark infringement claim doesn’t hold weight because delta-8 isn’t legal under federal law. The effect of the 9th Circuit’s ruling is that a lower court’s injunction against the accused counterfeiter was upheld. In its opinion, the 9th Circuit ruled that delta-8 products are legal under the Farm Bill. Therefore, companies that make those products have a right to trademark protection. Justices held that if it wasn’t the intention of Congress to give a legal pass to delta-8 and other psychoactive cannabinoids in the Farm Bill, then the impetus is on Congress to correct – not the courts.
But will Congress step in to do anything about it? That’s unclear.Some say that the American people would be better served if Congress went ahead and simply imparted full federal legalization of cannabis – with regulation. It clearly wasn’t the intention of federal lawmakers to legalize intoxicating marijuana consumer products when it decided to legalize hemp. But they tasked the U.S. Food & Drug Administration with completing the product regulation aspect of that law. The FDA has not stepped in to do that, which has allowed hemp businesses the freedom to innovate novel cannibinoid products – some of which have arguably been very beneficial to consumers. Some of those include hemp-derived cannabinoids with psychoactive properties. In effect, the argument stands, the government has already de facto legalized marijuana. If they want to truly get a handle on this, the argument goes, Congress should step in and legalize and regulate all types of cannabis, rather than piecemeal an ongoing degree of prohibition.