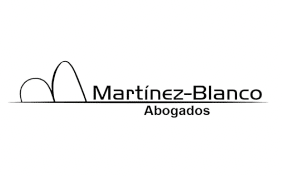 The first of many around the world, we presume.

Nearly 1,200 investors have filed a class-action lawsuit in Spain against a medicinal cannabis investment platform operating worldwide, accusing it of fraud, embezzlement and money laundering, their lawyers said Monday. JuicyFields, which is based in the Netherlands, promised high returns to invest online in medicinal cannabis plants, said Norberto Martinez from the Martinez-Blanco law firm that filed the case.

A spokesman with Spain’s National Court, the country’s top criminal court, confirmed the lawsuit was filed over the weekend. This is believed to be the first class-action lawsuit against JuicyFields, which according to media investigations allegedly scammed investors around the world. Established in 2020, JuicyFields offered investors the chance to participate in the cultivation, harvesting and sale of cannabis plants, promising returns of between 29 percent and 66 percent, according to the law firm.

The lawsuit accuses JuicyFields of operating like a Ponzi scheme, in which early investors are paid out by receipts from later investors. It estimates that there are nearly 4,500 victims in Spain alone, who each lost an average of 6,500 euros ($6,645). Some individuals lost as much as 200,000 euros. The minimum investment was 50 euros, and the money could be deposited and withdrawn via bank transfer or cryptocurrencies. The overall scale of JuicyFields’ alleged fraud is unclear. A woman has already filed a police complaint against the firm in France’s northern city of Tourcoing. The 58-year-old woman, who did not want to be identified, said she started by investing 50 euros in December 2021 and in just three and a half months she earned a profit of 25 euros.