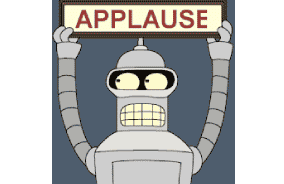 This is what they are saying

Last week, we discovered that U.S. Senators Elizabeth Warren and Cory Booker cited our own Vince Sliwoski in a letter to Merrick Garland, the U.S. Attorney General, pressing for the end of cannabis prohibition. The Warren-Booker letter, dated October 6, 2021, advocates for DEA to remove cannabis from the federal Controlled Substances Act— which would decriminalize the plant at the federal level. The letter cites a 2018 blog post by Vince discussing international developments with cannabis at the United Nations level. Readers, we feel heard!

Warren has written a few of these high-profile letters on cannabis over the years, going back to 2016. Back then, her goal was re-scheduling “marijuana”, from Schedule I to Schedule II under the federal Controlled Substances Act. Vince critiqued Warren’s proposal at the time, explaining why rescheduling would have minimal effect and why descheduling is the far better course. Was Warren listening? We’d like to think so.

This more recent Warren/Booker letter does take the recommended course, and is a great example of how high-profile politicians have evolved on cannabis policy over the past half-decade. The best news of all is that Warren, Booker and others continue to press. Most recently, Warren signed onto yet another letter with several others, again addressed to Garland–and President Biden, and HHS Secretary Xavier Becerra–pressing for cannabis descheduling along with pardons. We’re pretty skeptical any of that is happening anytime soon. That said, relentless advocacy is critical.

We should also note that the Warren-Booker letter is not the first time our cannabis business lawyers have had the U.S. Government’s ear on cannabis. In 2019, our law firm was hired by the National Credit Union Association (NCUA) to help write guidance for federally chartered credit unions serving the hemp industry. Vince and our practice group chair, Hilary Bricken, flew to D.C. to advise NCUA during the process. Vince also has advised the Office of U.S. Congressman Earl Blumenauer on federal cannabis law and policy going back to 2017.

We have been publishing the Canna Law Blog daily for over a decade. In that time, our cannabis business lawyers have established the gold standard for analysis on cannabis law and policy. It is gratifying to be cited and even hired at the highest levels of government. We will keep pushing to advance the cannabis industry, including at the highest levels. Please reach out if you think we can help.