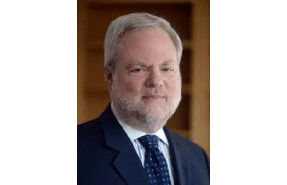 Amazon.com Inc. won dismissal of a proposed class lawsuit under New York City’s law barring employers from testing most workers for marijuana, after a federal judge found “sortation associate” jobs present a safety risk and are exempt from the prohibition.

Michael Thomas sued Amazon in March 2021 after his offer to work at the company’s Staten Island warehouse was pulled when he tested positive for marijuana during pre-employment drug screening. Verniece Carmona and Romelo Rivera later joined Thomas as named plaintiffs in the case. Like Thomas, Carmona had her job offer pulled following a positive test. Rivera, a former Amazon seasonal employee, had his offer of a full-time job rescinded when he tested positive, the U.S. District Court for the Eastern District of New York said.

The suit alleged Amazon’s policy of screening potential new hires for marijuana violates an amendment to the New York City Human Rights Law which made it illegal for employers in the city to require prospective employees to submit to testing for marijuana and THC as a condition of employment.

But that amendment contains exceptions, and “it makes perfect sense” that Amazon’s sortation associate position falls under the exception for jobs involving the operation of heavy machinery, the court said Tuesday.

Though the Occupational Safety and Health Administration says conveyor belts come in many different forms, the belts used in Amazon’s “massive warehouse” are similar to the loading and industrial conveyors used in the construction industry and present hazards the company has a legitimate need to guard against, the judge said.

Some of the objects sortation associates load that are “quite heavy” and they must also monitor “the flow of object traffic,” Cogan said. The job requires vigilance so that their clothing doesn’t get snagged in a conveyor, which could cause serious injury, he said.

They also must remain constantly aware of the belts’ nipping points, sources of potential workplace injury that “are a common source of legal action,” the judge said.

Sortation associates move quickly across Amazon’s active warehouse floor, a work environment in which “there are a multitude of ways a marijuana-impaired employee could cause accidents,” Cogan said.

On March 12, 2021, Plaintiff Michael Thomas filed a putative class action Complaint against Amazon in the United States District Court for the Eastern District of New York, which is assigned case number 1:21-cv-01325. On April 20, 2021, Plaintiff filed the First Amended Complaint, adding Plaintiffs Romelo Rivera and Verniece Carmona to the lawsuit.

The lawsuit is brought on behalf of all individuals who, since May 10, 2020, have applied for non-exempt positions with Amazon in the City of New York, were required to submit to pre-employment drug tests for marijuana, tested positive for marijuana, and were denied employment because of the drug test results.

Claims in the lawsuit: