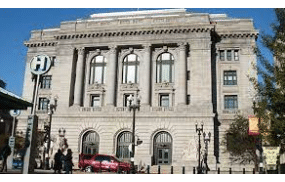 Attorneys representing a cannabis biopharma conglomerate and federal cannabis cultivation license applicant filed a petition in court today, citing that the Drug Enforcement Agency (DEA) is taking too long to issue a determination for its application.

The petition, filed by Megan Sheehan of Sheehan and Associates in Rhode Island Federal District Court, is for a “Writ of Mandamus,” or an order from a court to an inferior government official(s) to properly fulfill their official duties or correct an abuse of discretion. The filing also contains a declaratory and injunctive relief complaint.

MMJ BioPharma Cultivation (MMJBC), MMJ international Holdings (MMJIH), and MMJ BioPharma Labs (MMJBL) filed the petition via Sheehan to ask the court to direct the DEA to issue a determination regarding the status of its applications for a Schedule 1 Bulk Manufacturing Registration and Importing Registration.

MMJ BioPharma Labs contends that the DEA has violated federal statutes and regulations concerning controlled substances by failing to decide on the company’s application for manufacturing.

The company is further requesting “declaratory and injunctive relief” as a result of the DEA’s violation of the Administrative Procedures Act (APA) for the DEA’s “unreasonable delay in determining the outcome of its applications for registration for marihuana manufacturing and importing for clinical trials.”