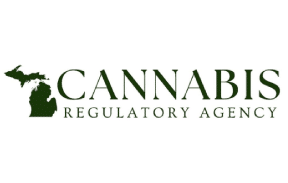 On February 11, 2022, Governor Whitmer signed the ERO assigning the regulation of processing, distributing, and selling hemp to the newly formed CRA.

The Michigan Department of Agriculture and Rural Development (MDARD) will continue to oversee hemp cultivation in the state. At this time, the CRA has no plans to make changes materially affecting the operations of hemp processors and will pro-actively communicate with licensees if that were to change.

“This administrative change will help Michigan continue to lead the country in its approach to cannabis by growing the hemp and marijuana economies, creating jobs, and investing in local communities,” said CRA Executive Director Andrew Brisbo. “The new CRA will pick up where the MRA left off – continuing to establish Michigan as the national model for a regulatory program that stimulates business growth while preserving safe consumer access to cannabis.”

There is extensive crossover between the hemp and marijuana industries, specifically in the arena of cannabinoids. Hemp-derived ingredients are being added to marijuana-infused products. Hemp products are being produced and sold in the same facilities already licensed by the CRA. The Agency currently has authority to regulate the production, safety testing, labeling, and sale of psychoactive cannabis products, so the transition of authority allows for better regulation of the ever-evolving cannabis industry.

“Given the multiple scenarios where hemp processing crosses over to the regulatory authority of the CRA, this move certainly makes sense, particularly for cannabinoid production,” said Molly Mott, MDARD’s Industrial Hemp Program Manager. “The majority of Michigan’s licensed hemp processors perform cannabinoid extraction and have no route to handle temporarily concentrated THC and residual THC. CRA has the staff and expertise to help address those issues.”

Both MDARD and the CRA understand that hemp – a legal agricultural commodity at both the state and federal levels – does not require the same degree of regulation marijuana does in all situations. Since the beginning of Michigan’s Industrial Hemp Ag Pilot Program, MDARD consistently communicated that certain regulations are critical to ensuring products are safe for the public, and processors should expect to see these regulations developed over time.

Current Industrial Hemp Processor-Handler licenses will remain valid and there are no plans to change licensing fees as the fees are established in statute and any changes would require legislative action.

Those inquiring about licensing and regulation of hemp processing should visit the CRA’s hemp landing page. Those interested in becoming a registered hemp grower in Michigan should visit MDARD’s website for the grower registration application and cultivation resources.