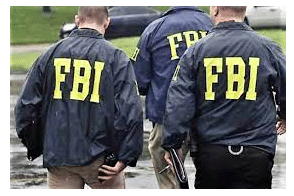 FBI agents have been interviewing Nevada marijuana industry insiders over the past year to determine whether illegal influence played a role in the awarding of lucrative cannabis licenses, several people questioned by federal agents told the Review-Journal.

Authorities want to know if businesses or individuals attempted to sway politicians or bureaucrats with gifts, money, job offers or campaign contributions to obtain licenses.

Since Nevada’s 2016 vote to legalize recreational marijuana, the state’s licensing process has been embroiled in controversy and lawsuits. Applicants who failed to get licenses have leveled corruption charges against the applicants who obtained them. There also have been questions about whether pot companies with high-profile Nevada politicians and businessmen as partners had an advantage in getting licensing or zoning for the businesses.

The state has issued more than 750 licenses for dispensaries, cultivation, production, and testing, but 335 are dual licenses for medical and recreational pot at the same location.

Chad Christensen, a former lawmaker who co-owns Pisos Dispensary in Las Vegas, said he spent about 45 minutes with agents at the FBI’s office in mid-December discussing the licensing concerns.

Rest Of This Article  at the Review Journal