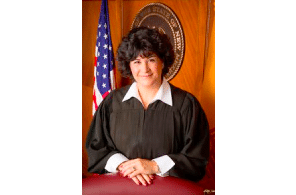 The New Mexico Supreme Court on Wednesday ruled that medical cannabis purchases in the state are not subject to the state’s gross receipts tax, letting stand a decision by a lower court, the Associated Press reports. The court’s decision came just days before arguments were set to be presented in the case.

Medical cannabis producers in the state had requested tax refunds in 2014 and in 2018 but the state Taxation and Revenue Department had denied those claims. In 2020, New Mexico Court of Appeals Judge M. Monica Zamora ruled that medical cannabis should be treated like other prescriptions, which are not taxed, the report says. Ultra Health, one of the state’s largest medical cannabis producers, which had filed the original lawsuits, had not been charging patients taxes, and instead had been absorbing the taxes. The company said that it would receive a $7.4 million refund plus interest following the Supreme Court ruling.

“It is reasonably self-evident that the deduction from gross receipts for prescription drugs was similarly intended to make medical treatment more accessible, by lessening the expense to those who require it. These statutes should be read harmoniously, to give effect to their commonality of purpose.” – Zamora, in her 2020 opinion, via the AP

Others in the industry estimate that the state has collected between $25 million and $30 million in gross recipes from medical cannabis producers.

Charlie Moore, a spokesman for the Taxation and Revenue Department, said the agency was disappointed with the Supreme Court’s decision to not hear the case but would “respect the decision and will move forward to issue refunds to the affected taxpayers once the court’s decision is mandated to become final.”

New Mexico launched its medical cannabis program in 2007 and, as of January, the program had more than 130,340 enrolled patients, according to state Department of Health data.