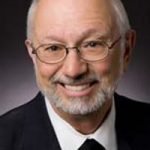 One day after the governor of New Mexico formally included marijuana legalization in her 2020 legislative agenda, lawmakers have filed a comprehensive reform bill that would accomplish that goal.

The legislation, introduced by Sen. Jerry Ortiz y Pino (D) and Rep. Javier Martinez (D), would allow adults in the state to possess and purchase cannabis from licensed retailers.

It also includes a number of restorative justice and social equity provisions, such as automatically expunging prior marijuana possession convictions, promoting participation in the market by small and tribal-owned businesses and providing for microbusiness licenses.

If the measure successfully moves through the legislature and arrives on Gov. Michelle Lujan Grisham’s (D) desk, New Mexico is all but certain to become the 12th state in the U.S. to legalize marijuana, as lawmakers are convening for a short, 30-day session that starts on January 21.

Read the full MM Report and see the bill as well.