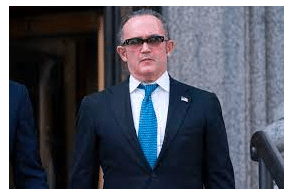 Fruman, from Belarus, pleaded guilty to solicitation of a contribution by a foreign national in federal district court in Manhattan. He and Lev Parnas, from Ukraine – both of whom dined with former President Donald Trump in the White House and showered Republican campaign committees with $500,000 – were accused of funneling foreign money to U.S. campaigns, a violation of federal campaign finance laws, to try to buy influence with politicians.

Fruman said during a plea hearing Wednesday before U.S. District Judge J. Paul Oetken that he and other associates saw an opportunity for a marijuana business in the United States. Fruman admitted soliciting campaign donations in excess of $25,000 from a potential investor who’s a foreign national, giving that person a list of Democratic and Republican politicians in states that were legalizing cannabis.