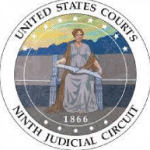 Attorneys for a group of scientists and military veterans seeking to force the U.S. Drug Enforcement Administration (DEA) to formally reconsider marijuana’s restrictive federal classification made their case on Thursday to a three-judge panel of the U.S. Court of Appeals for the Ninth Circuit.

Questions from judges, however, focused less on the challenge’s merits than the procedural questions it raises.

“This is a really odd case,” Judge William Fletcher said at the beginning of the oral arguments, which lasted roughly 30 minutes. While the lawsuit hinges on DEA’s rejection of a cannabis rescheduling petition last year, the judge noted, the veterans and researchers now suing DEA weren’t party to that petition.

“Your clients filed no petition. You appeal the denial of somebody else’s petition,” he said. “Somehow that doesn’t strike me as reasonable to allow somebody to come in this way, without themselves having filed a petition. To piggyback on the denial of such an odd, abbreviated petition just doesn’t fit with the way the administrative process is supposed to work.”

The lawsuit—filed last year by cannabis researcher Sue Sisley of the Scottsdale Research Institute, the Battlefield Foundation and veterans Lorenzo Sullivan and Gary Hess—centers largely on the DEA’s 2020 denial of a one-page cannabis rescheduling petition filed by a separate individual. In its response, the agency argued that marijuana has no currently accepted medical value.

Lawyers for the group are appealing that decision, asking the court to order DEA to initiate a formal rulemaking process, which would involve expert testimony and public comment. They say DEA’s summary dismissal of past rescheduling petitions has not only been unconstitutional but also prevented important research into the drug’s medical potential.

Matt Zorn, one of the lawyers for the petitioners, told Marijuana Moment on Friday that he is “pleased that we got our day in court.”