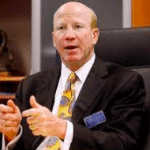 It was announced on Friday that SAFE Montana and Wrong for Montana have voluntarily dropped their lawsuit that was filed after Initiative 190 was passed by a wide margin by Montana voters.

Steve Zabawa, Executive Director of SAFE Montana explained why the groups have voluntarily dismissed the lawsuit against legalizing and commercializing the sale of recreational marijuana to adults in Montana.

“The goal of this lawsuit was aimed at overturning a ballot measure that was foisted on Montanans by out of state dark money groups and the pot industry,” said Zabawa. “While we hoped to see if this process proceeded successfully, we instead will champion the work done in the legislature to pass House Bill 701 into law. As a result of the adoption of House Bill 701, it is our belief that the issue raised in the lawsuit is moot. Therefore, we are voluntarily moving to drop the lawsuit against I-190.”

Zabawa said that the two bills passed in the last session of the legislature addressed the issues the two groups were most concerned with.

“A key point raised by Wrong for Montana throughout this process was the fact that I-190 ran afoul of the Montana State Constitution,” he said. “According to Article Three, Section Four of the Montana Constitution, a ballot measure may not provide for the appropriation of revenue. This is a power which belongs only to the legislature.”

Zabawa pointed to another bill initiated in the Montana House.