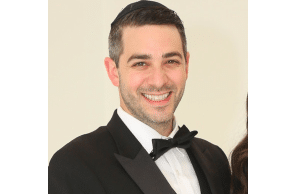 All the big names feature ,this will be interesting to watch
Comments on Linked In certainly show that Canopy isn’t the flavor of the month

In a raft of documents filed in Manhattan state court on Tuesday, Feder says he holds a 60% stake and is the sole officer in an entity called EPMMNY LLC, which, in turn, allegedly holds a 25% ownership of New York Canna, or NYCanna.

Feder claimed that the license won by NYCanna — a company that was acquired by Acreage in 2018 — is among the assets in play as Canada-based Canopy Growth Corporation is planning to acquire Acreage, pending federal legalization of cannabis in the U.S.

The filings mark the latest development in a protracted legal battle stemming from a falling-out between Feder and others with whom he allegedly united to pool knowledge and resources in 2015 in an effort to score one of the coveted, newly available marijuana business licenses in New York’s medical cannabis program.

“As we have assembled more facts, and as we have watched this action lie dormant during [the] pandemic and with the standing hearing adjourned several times, the EPMMNY members and I are constrained to update the pleading to add culpable parties and newly discovered facts,” he wrote in an affidavit.

Feder claims he was pushed out through a series of corporate maneuvers, culminating EPMMNY suing in November 2018 on its own behalf and derivatively on behalf of NYCanna. The original lawsuit named 16 defendants, including NYCanna, claiming multiple acts of malfeasance and a complicated shell game whereby EPMMNY was effectively kicked out of the venture.

Since then, the case has been stayed while the court considers questions of capacity and standing.

The defendants allegedly have “steadily sought to distance the New York Canna property in which [Feder] claims an interest … from [Feder’s] grasp while this action has pended,” according to the latest complaint.

“[Feder] has attempted to prevent further attenuation of its rights and property by filing for two injunctions and now seeks leave to file a third amended complaint just to keep up with defendants’ machinations,” his complaint continued.

Acreage has said in public statements that the action is meritless, since the purported misdeeds occurred before its acquisition of NYCanna, which was approved by New York regulators, and that the company is indemnified from EPMMNY’s claims by the terms of the sales agreement.

Who is David Feder?

We believe that cannabis business opportunities should be accessible to everyone. We work with the movers and shakers in cannabis policy, regulation, science, healthcare and intellectual property.  We have experience planning, preparing and winning competitive cannabis business licenses in restricted markets throughout the country. We work with brands, operators, investors and founders.
​
The cannabis industry is really the compliance industry.

We’ll help you get it right the first time.