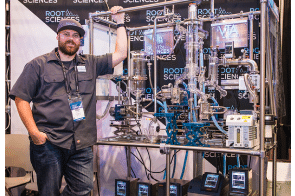 A lawsuit that alleges U.S. Customs and Border Protection improperly excluded the import of cannabis and hemp processing equipment was dismissed Thursday by a federal trade court that said it didn’t have jurisdiction to hear the case.

The equipment consisted of parts for a cryo-ethanol extraction system, which is used in large-scale cannabis and hemp processing to produce cannabinoid-rich crude extract that can be further refined into high-purity distillates and isolates, and was detained at a Los Angeles port by CBP in early 2021. After repeated attempts to contact CBP were unsuccessful, plaintiff Root Sciences LLC assumed the merchandise was deemed excluded and submitted a protest, which also received no response from the CBP. Root Sciences filed a lawsuit in March after it assumed its protest of the merchandise exclusion was deemed denied, the lawsuit states.

However, the opinion issued by Judge Gary S. Katzmann states that the merchandise was seized and forfeited, not excluded, giving jurisdiction to the federal district court: only merchandise that is deemed excluded is appealable to the Court of International Trade.