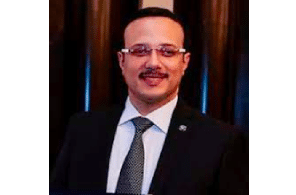 Although the new drug law removed penalties for carrying products or food mixed with narcotics into the country for the first time, it maintained charges for carrying vapes or e-cigarettes mixed with cannabis oil.

Starting from January 2, 2022, first-time visitors carrying food, drinks or products mixed with narcotics into the UAE will not be charged with importation, transportation or possession of narcotics when caught at the country’s ports.

However, carrying vapes or e-cigarettes mixed with banned substances remain exempt from this provision of the law.

Dr Hasan Elhais, a legal consultant at Al Rowaad Advocates, said, “Vapes mixed with cannabis extract or banned substances earn offenders a criminal charge because these substances are usually purchased from unlicensed shops. Smokers are also well aware of what they smoke, therefore, it is drug possession under the law.”

He stressed that the provision that removes penalties from carrying products or food mixed with narcotics applies only for first-time visitors to the UAE.

The products are confiscated and destroyed by the relevant authorities at the ports.

“The law gives the chance for tourists unaware of the law to enter the country after the products in their possession have been executed, especially when these products are legal in their home country. However, if they repeat the same offense for the second time, offenders will face criminal charges because by then, they would be aware of the law,” said Elhais.

However, people smuggling large amounts of drugs into the country, even if for the first time, face charges.

“Finding large amounts with holders puts them under legal questioning since the act is considered intentional and for purposes of distribution or illegal use inside the country.”

Under the law, people carrying products mixed with banned substances in excess of the quantity stated in the law may be subject to a criminal charge of up to 10 years in prison along with deportation as per the court’s discretion.

The new Federal Decree Law no. 30 of 2021 on combating narcotics and psychotropic substances brought key changes to the Federal Law no. 14 of 1994, including the removal of mandatory deportation of expats charged with drug possession for personal use.

Earlier this month, Dubai Court of Appeal suspended the deportation of an expat charged with drug use and possession for personal use, referring to Article 75 of the new law that gives the court the discretion to allow offenders to stay in the country after serving their sentence.

Previously, deportation of expats charged with drug use and possession was mandatory.