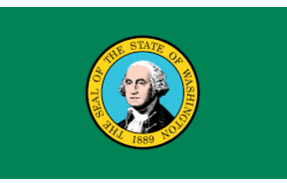 At long last .. let’s see all other states do this and ASAP

“Pot,” “weed,” “grass,” “Mary Jane,” “flower” — there is no shortage of terms to describe cannabis. However, Washington state is taking one word officially off the table: “marijuana.”

Legislators recently passed a law that changes every Revised Code of Washington with the word “marijuana.” The change gets rid of the term, swapping it out for the word “cannabis.”

Supporters say the word “marijuana” has a long history of racism.

“The term ‘marijuana’ itself is pejorative and racist,” said Washington state Rep. Melanie Morgan during testimony in 2021. Morgan is a Democrat representing the 29th Legislative District and sponsored the bill — House Bill 1210. Morgan discussed the history of the word, which originates from Spanish.

“As recreational marijuana use became more popular, it was negatively associated with Mexican immigrants,” Morgan said.

Governor Jay Inslee signed the bill that passed unanimously into law March 11. The changes will take effect in June.

“Even though it seems simple because it’s just one word, the reality is we’re healing the wrongs that were committed against Black and Brown people around cannabis,” Morgan said.

Joy Hollingsworth owns Hollingsworth Cannabis Company with her family. The family business includes a pot farm in Shelton. They also run a hemp side, called Hollingsworth Hemp Company, which produces a line of non-THC hemp products, like candles and lotions.

She says for people of color in the industry, the word “marijuana” comes with a burden.

“It had been talked about for a long time in our community about how that word demonizes the cannabis plant,” Hollingsworth said.

Harry Anslinger, the first commissioner of the Federal Bureau of Narcotics (which later became the Drug Enforcement Administration) played a big role in the Marijuana Tax Act of 1937, which banned selling or possessing weed.

“It was … Anslinger that said and I quote, ‘Marijuana is the most violent causing drug in the history of mankind. And most marijuana users are Negroes, Hispanic, Caribbean, and entertainers. Their satanic music, jazz and swing results from marijuana usage,’” said Morgan during testimony.

To explain the mentality around weed in the 1930s, several lawmakers referenced the anti-pot propaganda film, “Reefer Madness.”

“In this startling film, you will see dopesters lure children to destruction,” says a trailer of the film on YouTube. “A new and deadly menace lurking behind closed doors: Marijuana! The burning weed with its roots in hell.”

“It was used as a racist terminology to lock up Black and brown people,” Morgan said during commentary on the bill in this year.

Hollingsworth says her mother taught her about the trauma behind the word.

“She was the one who educated us on the term and how it was derogatory and we shouldn’t use it anymore,” Hollingsworth said. “We have a lot of people, especially in the Black community that went to prison over cannabis for years. That were locked up, separated from their nuclear family, which is huge,” she said.

“It’s really painful for people to hear that word and it triggers them,” Hollingsworth said.

A 2020 ACLU report found that nationwide, Black people were still 3.6 times more likely to be arrested for marijuana possession than white people.

“Although we call it a technical fix, I think it does a lot to undo or at least correct in some effort, some of the serious harms around this language,” Wicks said.

“If you have a group of people saying this word is derogatory, this word is pain, just not something we should use — we need to have a better understanding of listening to folks,” Hollingsworth said. “Just change it and move on,” she said.

Hollingsworth points out there is a lot more work to do when it comes to equity in the cannabis industry.

“We’ll take any win right? But we don’t want to get caught up on the performative equity piece where we’re just talking about words and not actual legislation and policy,” Hollingsworth said.

One change she is hoping to see is a piece of cannabis tax dollars reinvested into communities of color.

“We will feel like the industry has paid off when we see those funds get put into college scholarships. Maybe a family wanted to buy a home and they were from the Central District of Seattle, and they wanted to go back there because they were priced out. They could get a loan from those funds. Thinking about creative ways to make impactful scalable solutions in our community is what I’m looking for,” Hollingsworth said.

Lawmakers did establish the “Washington Task Force on Social Equity in Cannabis” in 2020. One change already in the works is to bring more diversity to pot shop owners. Minority applicants for cannabis licenses could receive grants and assistance that help business owners get established.