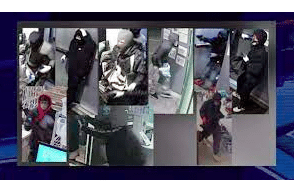 Cannabis dispensary owners and employees are hoping to see a decrease in armed robberies with the passage of a bill imposing stricter penalties for offenders.

The bill proposes increasing the standard sentence range by 12 months for those found guilty of robbing a dispensary. The legislation is currently awaiting a House floor vote after passing through the Senate.

Adán Espino, executive director of the Craft Cannabis Coalition, said dispensaries have seen a rise in the number of armed robbery incidents, with some shops reporting multiple instances in a single night.“These [robberies] are often violent, causing physical and emotional trauma to our employees and customers,” he said.

Rep. Roger Goodman, D-Kirkland, said as of Feb. 22, cannabis outlets have reported 169 armed robberies since the beginning of the year.

“We must prioritize the safety of the 11,330 workers directly employed by the regulated cannabis industry,” Brooke Davies of the Washington CannaBusiness Association said.

Over 1,000 dispensaries have opened for business in Washington since recreational use of cannabis was legalized in 2012. However, since federal law still prohibits marijuana, federally regulated banks and credit card companies are unable to provide their normal services to dispensaries and many operate on a cash-only basis.

Davies said without the bank funding, the small businesses often cannot afford additional security for their products or personnel.

The proposed law parallels similar legislation passed in 2011 after pharmacies saw an increase in robberies targeting narcotic prescription medication. The bill made pharmacy robbery a first-degree felony, placing the crime on par with robbing a bank.

Rep. Jenny Graham, R-Spokane, said robbery and theft is an issue affecting all Washington businesses, not just the cannabis industry.

“We do really need to work on the broader issue, and these companies really do need to take some responsibility for their own security and move the cash off of the premises,” she said.

The bill received a 12-1 vote recommending passage in the House Committee on Public Safety. The session ends on March 10.