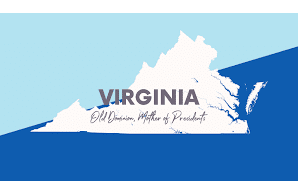 Lawmakers in Virginia are considering a bill to regulate delta-8 THC products, including proper labeling, potency and purity testing, licensing, and setting the age limit to buy the products at 21, WAVY reports. The measure was approved unanimously by the state Senate.

Republican state Sen. Emmett Hanger, the bill’s sponsor, told WAVY that the legislation is designed to keep delta-8 products out of “traditional stores along the street” but would provide “a mechanism where they can be sold in a regulated, licensed market.”

Under the bill, licensing would be the responsibility of the state Cannabis Control Authority (CCA); however, earlier this month, Republicans blocked a bill to allow cannabis sales in September which also prohibits the CCA from issuing licenses, which would include delta-8, were the measure to be enacted into law.

Hanger said if the bill takes effect on July 1, it would be illegal to sell products with high levels of delta-8 indefinitely in Virginia and that vendors who do not comply with the law would get a warning, but penalties could escalate.

“I’m not suggesting that people will be incarcerated right away,” he told WAVY, “but it could lead to that if there is someone out there who insists on marketing an illegal product.”

Jocliene Williamson, who manages THE Dispensary in Chesterfield, said the law would impact “a lot of people that rely on our product in order to have a good quality life.”

“Get us the license without us having to close our doors,” she said. “…It makes no sense to discipline those who are doing everything they can.”

Dr. Michelle Peace, an associate professor of forensic science at Virginia Commonwealth University contended that under the current rule, customers are meant to trust the manufacturers to tell them what is in the products.

“You cannot trust the label,” Peace told WAVY. “It can also contain all of these other chemicals like solvents and acids that would be dangerous for the consumer to take. So these delta-8 products are not quality tested.”

The measure has been approved by the Senate but needs to be reconciled by both chambers before moving to the governor for final approval.