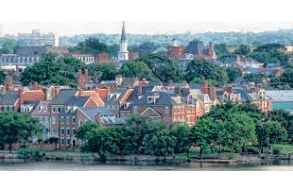 An Alexandria man was convicted by a federal jury on Thursday of murdering a man in retaliation for stealing his marijuana, and attempting to get a witness to lie to cover-up the homicide, according to a news release from the U.S. State’s Attorney’s Office for the Eastern District of Virginia.

The murder took place after a drug sale where the victim stole from Melvin Flores, a marijuana dealer, according to the state’s attorney’s office.

Flores, 20, carried firearms for protection while dealing drugs, according to the news release.

On Oct. 25, 2019, the victim, X.B., arranged for his two associates to purchase marijuana from Flores, the release said. The state’s attorney’s office said X.B. intended for his associates to rob Palma Flores.

When the associates showed up to Flores’s home in Alexandria, one of them stole one ounce of marijuana from Flores and brought it back to X.B., according to the release.

Flores met with two of his associates and traveled to X.B.’s apartment complex to find him sitting on the staircase outside of his apartment, according to the release.

Flores discharged his firearm multiple times, striking X.B. in the right arm and in the top of the head, killing him, according to the release.

After his arrest in February of 2020, Flores wrote a letter to his girlfriend asking her to lie about the events that occurred on the night of the murder and to influence others to lie about the incident to law enforcement, according to the release.

Flores was convicted of murder by firearm in relation to drug trafficking, possession with intent to distribute marijuana, and witness tampering and is scheduled to be sentenced on June 29, according to the release. He faces a maximum term of life in prison.