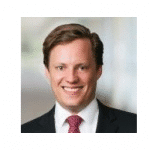 Pennington, who focuses on federal appeals and regulatory issues, is co-counsel on several high-profile cases against the DEA regarding cannabis research, hemp, and psychedelics

NEW YORK — National cannabis law firm Vicente Sederberg LLP announced Wednesday that Shane Pennington, who recently joined the firm as counsel in its New York office, was elected to the board of directors for the International Cannabis Bar Association (INCBA). He was one of six members elected or re-elected to the 13-member board this month, and he will serve a two-year term.

The INCBA supports lawyers in their practice of law as they serve all aspects of the cannabis and related industries. Through advocacy, thought leadership, educational programs, and other resources, it strives to create opportunities for its members and make the practice of law in the cannabis industry more efficient and secure.

Pennington, who also serves as co-chair of the INCBA Amicus Committee, focuses his practice on federal appeals and regulatory issues involving federally controlled substances. He is currently serving as co-counsel on several high-profile cases, including:

“Shane’s extensive litigation experience and knowledge of regulatory issues involving controlled substances are critical assets to our clients,” said VS founding partner Brian Vicente. “He has a proven track record of success and leadership in the emerging fields of law surrounding cannabis and psychedelics. We are proud to welcome him to the VS team, and we congratulate him on his election to the INCBA Board of Directors.”

Pennington played a leading role in two federal court victories that brought an end to a DEA policy that was long criticized for giving the National Institute on Drug Abuse (NIDA) a monopoly on the supply of cannabis for research. First, he served as co-lead counsel in a mandamus action in the D.C. Circuit that resulted in the DEA processing more than 30 overdue cultivation applications and moving forward with a comprehensive program to allow the cultivation of cannabis for medical research (In re Scottsdale Research Institute). He then served as co-lead counsel in a FOIA action that forced the federal government to release a secret Office of Legal Counsel opinion that had caused the delay in DEA’s processing of the applications (Scottsdale Research Institute v. DEA). Pennington’s client, Scottsdale Research Institute, was among the first entities to receive one of the coveted federal cultivation licenses.

Shane Pennington is counsel in the New York office of Vicente Sederberg LLP. Previously, he served as senior counsel at Yetter Coleman LLP, and as an associate at Baker Botts. Prior to entering private practice, he clerked for federal judges on the D.C. Circuit, the Fifth Circuit, and the D.C. District Court. Shane was recognized as “One to Watch” by The Best Lawyers in America® and as a “Texas Rising Star” in Appellate Law by Thomson Reuters’ Super Lawyers. He provides commentary regarding administrative law issues to the Yale Journal on Regulation “Notice & Comment” blog, as well as his own blog, admin.law. He is also a regular contributor to the “News From the Circuits” column published quarterly in the American Bar Association’s Administrative and Regulatory Law News. Shane received his J.D. from University of Texas School of Law, and he is a member of the State Bar of Texas. He is also admitted to practice in the U.S. Supreme Court; the U.S. Courts of Appeals for the D.C. Circuit, 5th Circuit, and 9th Circuit; and the U.S. District Courts for D.C., the Southern District of Texas, and the Eastern District of Wisconsin.