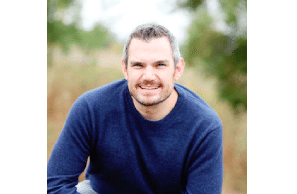 Venable continues to represent Josh Ginsberg, a co-owner of one of Colorado’s largest dispensary chains (Native Roots), in claims against his and co-claimant Rhett Jordan’s business partner Peter Knobel and Knobel’s company Brightstar.

Venable’s trial team prevailed in American Arbitration Association (AAA) binding arbitration, securing an award of a whopping $100.4 million, plus an additional $40 million in interest.  The award followed nearly four years of contentious litigation, a three-week arbitration hearing during which 11 witnesses testified and over 1,000 exhibits were introduced, and hard-fought post-trial briefing. The arbitrator ruled that Venable “irrefutably” proved Knobel’s and Brighstar’s pervasive breaches of duties and breaches of an LLC operating agreement, resulting in the $140.4 million award.

Knobel and Brightstar are asking the Denver District Court to vacate the award. Venable filed its written opposition on February 18, 2022, asking the Court to confirm the arbitrator’s award and enter the $140.4 million judgment.  In the meantime, the award continues to accrue interest of $30,000 per day.