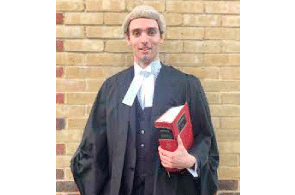 The trial of vegan court wigs is officially underway after a plant-based animal rights lawyer invented them last year.

Samuel March, a barrister based in London, had his own court wig made from hemp when he was called to the bar in 2021.

He shared his prototype on Twitter in February 2021 to a positive response, and has since sold 10 wigs to vegan colleagues who are now trialing their durability.

March told The Telegraph: “Hemp is a notoriously tough material so I do not anticipate there being any issues, but there is always a risk where you’re the first in the world to try something.” 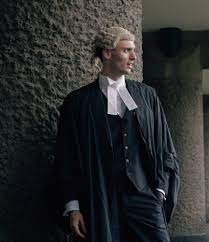 March sold the first batch of wigs through social media and word-of-mouth, mostly to vegan students finishing Bar school and pupillages, but he has now launched a website to sell more wigs on a made-to-order basis.

One of March’s initial buyers is a QC (Queen’s Counsel) – a very senior barrister or solicitor who is recognized as a leader in their legal field. QC Jamie Burton said: “Lighter than its horse-hair equivalent, Sam’s wig has offered nothing to the quality of my submissions but definitely makes me perspire less in the face of an unpersuaded judge. And it causes no harm, so I’m doubly grateful to Sam for his ingenious invention.”

March’s wigs are 100 percent vegan and biodegradable, thought to be the first of their kind in the world, alongside an Australian company’s vegan wigs made with plastic. Traditional wigs made from horsehair have been worn since the 17th century.

In 2021, March told Legal Cheek: “The wig is deeply symbolic, I wanted it to be something I would be excited and proud to wear, and I just didn’t get that feeling from the idea of a synthetic wig.

“I didn’t want a highly artificial material masquerading as something else; I wanted something that was natural, distinct, had some character and was proudly different.

“Hemp was my father’s idea initially … We both found the idea of wearing a plant so closely related to cannabis into the criminal courts delightfully disruptive,” March said.

The wigs retail at £600 (plus VAT and postage) and can be ordered from March’s website. At present, proceeds from sales are being reinvested into the business, but March plans to donate any future profits “to causes which use the law to further animal protection”.

The news comes amid discussions regarding the place of barrister wigs after Michael Etienne, a barrister with an afro, was told he could face disciplinary action if he did not wear a wig in court.

In response, March tweeted: “I love my wig but they should be optional for people who wear turbans, headscarves, have afro hair, or any reason to feel uncomfortable dressing as a white man from the 18th century.”