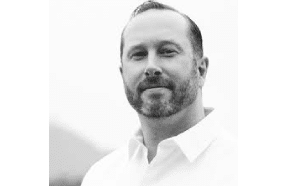 A CLR regular reader has kindly sent us through a new lawsuit dated 27 April 2022.

But first, you may be thinking, Patrick Horsman, who on earth is he and who are integrated CBD?

We’re sure Horsman would be very happy if you’d forgotten him.

But.. as it isn’t our job to make him happy let us remind you.

Horse’s Ass! “I Bought The Private Jet All With My Own Money …. I Promise”

There are  more stories at

So, that brings us to the present and the latest suit which suggests that he’s got a long way to go until he’s out of the court system and looking at some of the following allegations we wouldn’t be surprised if a spell inside wasn’t in the tarot cards for him. 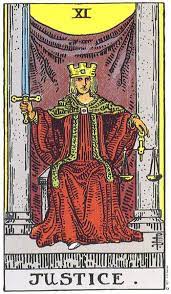 1. Defendant Horsman, individually and through an intricate web of interrelated companies, perpetrated a scheme to defraud Plaintiffs by inducing them to invest in “Integrated CBD,” a purported startup venture in the CBD/hemp industry.

Horsman, a self-proclaimed “serial entrepreneur,” made material misrepresentations and omissions in order to solicit Plaintiffs’ investments in his company. Horsman proceeded to engage in a course of gross misconduct designed to funnel Plaintiffs’ invested funds (as well as proceeds from a Paycheck Protection Program loan) into his own pockets and into the coffers of entities Horsman owned and/or controlled.

3. At the center of this web of companies were Integrated CBD, LLC, the main operating entity and primary investor-facing entity, and Integrated CBD Holdings, LLC, Integrated CBD’s holding company and the entity in which several Plaintiffs invested.

4. Unfortunately for Plaintiffs, Horsman ran Integrated CBD into the ground, misrepresented the risks of the investments, and took capital for personal gain, causing Plaintiffs to lose the entirety of their investments

It looks like he is alive and well on Linked in.

His bio is something to behold. If this doesn’t put you off nothing will!

Patrick Horsman, CFA is a serial entrepreneur and investor. His focus is uncovering niche, esoteric investments that have a sustainable competitive advantage. Mr. Horsman is the Managing Partner and Co-Founder of Coral Capital an investment platform focused on DeFi and Crypto strategies. He is the Founder and Managing Partner of Octopus Investments a Puerto Rico based investment management platform. Octopus identifies, structures, provides seed capital, and builds alternative asset management business. In 2002 he Co-Founded Blue Sand Securities, a placement agent that has raised over $15B from institutional investors for Alternative Investment funds. He was also the COO and Co-Founder of Merion Investment Management a Litigation Finance fund he launched in 2009 with peak AUM of $1.2B. He is the Founder and CIO of Esoteric Strategies LP a hedge fund focused on investments in niche, uncorrelated strategies. He is also the Co-Founder of Innovation Shares, a thematic ETF index sponsor that offers investors exposure to cutting edge themes created using AI and Natural Language Processing, including NYSE: KOIN one of the first Blockchain ETF’s, and NYSE: THCX one of the first Cannabis ETF’s. He is also a Co-Founder and Managing Partner of Integrated Ag, a private equity fund focused on Agricultural Investments in US Farmland with a specific focus on improving water infrastructure. He was also the Co-Founder and CEO of Integrated CBD, an institutional scale grower of Industrial Hemp, and refiner of CBD Oil. He is also the Founder of Verified Organic an Ethereum-based Blockchain application designed to bring transparency and accountability to the organic food production process from farm to table. He was a seed investor in Context Summits a hedge fund conference series focused on one on one meetings between institutional investors and hedge fund managers. He was previously the Founder and Managing Partner of Cypress Settlements a Fin-tech company that allowed institutional investors to electronically claim class action settlements from historical trading. Cypress was acquired by FRT in 2015. Mr. Horsman is the Managing Partner of Horsman Holdings a single family office that invests in Alternatives. Mr. Horsman resides in San Juan, PR and is an avid golfer and spear fisherman.

As for  Integrated CBD .. the domain is up for sale 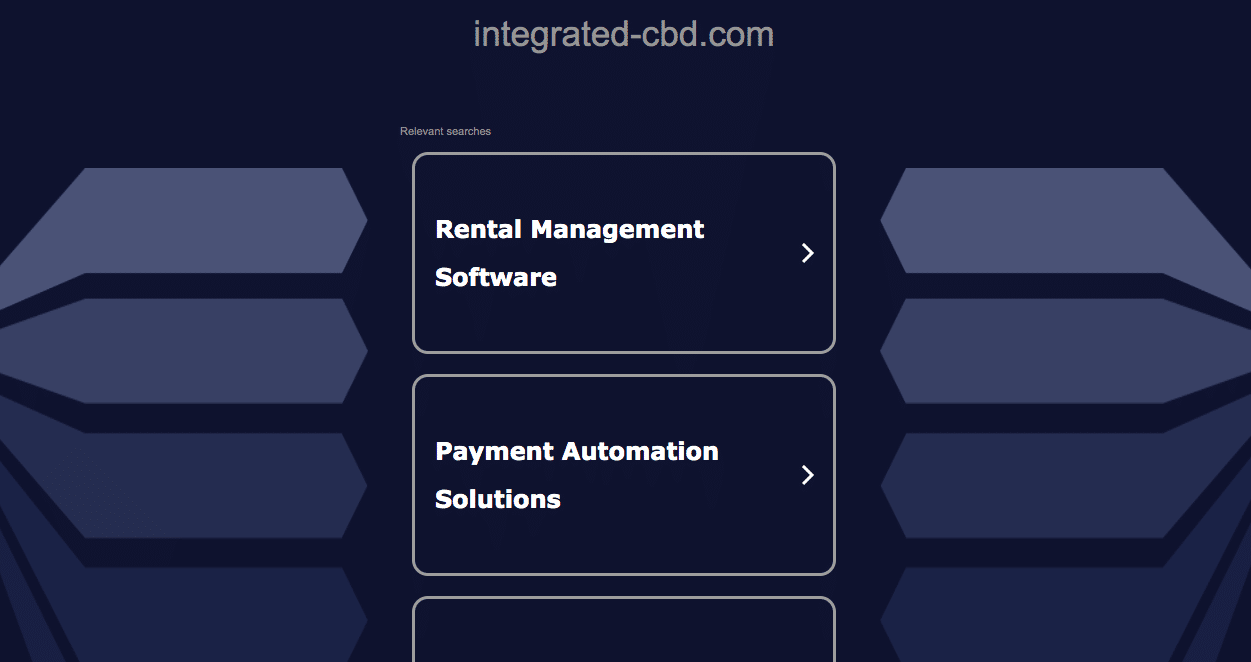 At Linked in there is still a profile the company

With the following individuals listed as employees

The investors listed above (full document as pdf below)  are trying to recover a combined $US1,383,000.

With the highest investor chasing a cool half a million and at the bottom end an investment of $US58K.

This latest  suit alleges that Horsman made more than a number of misrepresentations in his investor presentations which included assertions such as….

The plaintiffs say in the suit

These factual assertions and projections were materially false because Integrated CBD did not have the resources, relationships, or financial means to engage in this business or a realistic basis to claim the company was on the verge of being a multi-billion-dollar business.

Representing the Plaintiffs are

Did You Lose Money Investing With Patrick Horsman Of Blue Sand Securities?

Patrick Horsman (Patrick Brian Horsman CRD# 4694883) is a previously registered broker who was registered with Blue Sand Securities LLC (CRD# 142976), based out of Bay Harbor Islands, Florida from 2007 until October 2020. Horsman was in the brokerage industry from 2003 until he left Blue Sands Securities LLC last year.

In 2017, Horsman consented to being sanctioned by the Financial Industry Regulatory Authority (FINRA) following an enforcement action. According to FINRA’s Letter of Acceptance, Waiver and Consent with Horsman (AWC), Horsman violated FINRA rules by purchasing shares in initial public offerings (IPOs) while associated with a FINRA member firm and by failing to disclose personal brokerage accounts to his firm, Blue Sand. For this misconduct, Horsman consented to a 10-day suspension from association with any FINRA member firm, a fine of $20,000, and payment of more than $10,000 in disgorgement.

In connection with this same conduct, the Massachusetts Securities Division obtained Horsman’s consent to three years of heightened supervision and an audit of Horsman’s personal securities transactions. Moreover, Horsman was restricted from performing principal, supervisory, or managerial duties for three years with respect to Massachusetts-based customers.

Horsman’s FINRA Record Discloses A Pending Civil Lawsuit Against Him

According to Horsman’s CRD Report, published by FINRA, Horsman is currently the subject of a pending civil lawsuit. Silver Law Group obtained a copy of the Complaint, which alleges that Horsman and/or the other Defendants, committed “fraud, constructive fraud, civil conspiracy, negligent misrepresentation, aiding and abetting tortious conduct, breach of the implied covenant of good faith and fair dealing, conversion, unjust enrichment” and other improper conduct.  For more information on this lawsuit, see Silver Law Group’s in-depth page on the subject.

The Maricopa County suit concerns Horsman’s involvement in a business called Integrated CBD. According to the lawsuit, Horsman planned to purchase land in which to farm industrial organic hemp to extract the CBD to sell to both commercial and consumer markets. The suit alleges that Horsman was the “mastermind and ringleader” of the scheme, and conspired to “run ICBD into the ground” and “caused Plaintiffs’ investments in the Company to vanish into each and all of the Defendants’ coffers.”

According to the suit, Horsman used some of the business’ capital to purchase a Canadair LTD CL-600 Challenger private jet, embellished with the name of his own investment firm, “Horsman Holdings.” The suit alleges that the plane was purchased for roughly $1M, after the company laid off all of its employees, became defunct, and then applied for a federal Paycheck Protection Program (PPP) loan.

Did You Invest With Patrick Horsman?

Silver Law Group represents investors in securities and investment fraud cases nationwide. Our lawyers represent investors nationwide to help recover investment losses due to stockbroker misconduct and investment fraud in securities arbitrations and in state and federal court, including class actions. If you have any questions about your investments with Horsman, call to speak with an experienced securities attorney. Most cases are handled on a contingency fee basis, meaning that you won’t owe us until we recover your money for you. Contact us today and let us know how we can help.