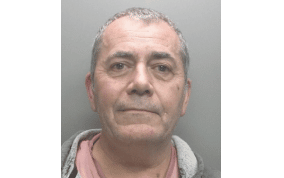 A FORMER soldier who also worked as a police officer and then a defence lawyer based in Carlisle made more than £1 million from a commercial cannabis growing operation.

But  a crown court judge today ruled that David Allen, 69, who served a jail term for running an illegal cannabis factory from a site near Penrith, will be able to repay barely a tenth of the £1.2 million he made from his crime.

Recorder Kate Bex QC told the defendant that he will have to serve a further jail term if he fails to hand over the amount that police investigators say he has available – a total of £102,135 – within three months.

The Proceeds of Crime hearing was mounted after Allen was convicted last year of running the illegal cannabis growing operation. He was jailed for 43 months but has now been released from that jail term on licence.

In court yesterday, Allen – in a smart suit and tie – listened as barristers told Recorder Bex that the financial details of the application had been agreed. The defendant’s so-called benefit figure was put at £1,211,135.

The judge said Allen, now of High Bridge, Dalston, near Carlisle, must serve another year in jail if he fails to settle that debt to the court within three months.

In court last year, the prosecution outlined how the alarm was raised when police were told of a strong cannabis smell emanating from a smallholding that was just 100 metres away from Calthwaite Primary School.

When police raided the defendant’s premises, they found a “professional” cannabis growing operation, with dozens of plants as well as sophisticated growing kit that included timed lamps, heaters and a working industrial ventilation system.

The officers also found an an assortment of knives, air rifles and a crossbow strategically placed around his farm.

Experts estimated that potential value of the cannabis crop to be up to £336,000. One detective described the operation as “one of the most carefully constructed and sophisticated set-ups he had ever seen”.

After being released by the police while under investigation, Allen let slip that he had made “arrangements to leave the country”.

He told an estate agent in November he was “packing” and “off to retire in the sunshine”, mentioning “Asia” and suggesting he would not be coming back but was arrested and remanded in custody later that month.

A man of positive good character, he admitted both cannabis production and possession of criminal cash after £12,000 in separate £1,000 bundles was found in a set of bedroom drawers.

Barrister Michael Davies represented Allen in court for the Proceeds of Crime hearing.

At the sentencing hearing, the barrister spoke of Allen’s public service the defendant gave while in the Army.

Mr Davies said also that weapons found at the site of the cannabis factory were all legally-held  and none were loaded. He added that Allen began using cannabis to self-medicate for a bad back.

As she jailed him in July last year, Recorder Bex said she was satisfied that Allen played a leading role in the production of cannabis on a “on a commercial scale.” Allen served briefly as a police officer in Northumbria before working as a defence lawer in magistrates courts, including in Carlisle.