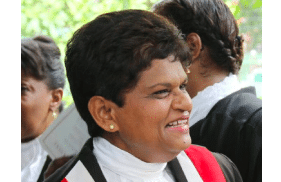 THE Court of Appeal will be asked to clarify what appears to be a lacuna in the Dangerous Drugs (Amendment) Act on the possession of less than 30 grammes of marijuana.

At a hearing of magisterial appeals on Thursday, deputy DPP Tricia Hudlin-Cooper told Justices of Appeal Alice Yorke-Soo Hon and Gregory Smith the State will be asking the court to clarify the law.

She said there appeared to be a lacuna between “Parliament’s intent and what pertains now.”

“It has been causing trouble in the lower courts,” Hudlin-Cooper admitted.

She said the legislation allows someone found in simple possession of less than 30 grammes of marijuana to apply for a conviction to be expunged. However, she hinted there was a loophole in terms of where the alleged offence occurred.

In two of three appeals, the judges ordered submissions to be filed in June and have adjourned the matters to July 20.

Those cases involved the arrest of a prison officer and a university student. In the matter of Cpl Leroy Baptiste against prison officer Max Durity, the State appealed after he was found not guilty in the Arima Magistrates Court in October 2014. Durity was held at the prison in January 2006, with 25 grammes of marijuana in the fold of his beret, which he was wearing.

In the other matter, former university student Brian Hibbert was arrested on the UWI St Augustine campus with 1.15 grammes of marijuana in March 2010. He was fined $1,000, but appealed.

In a third matter, Keston McIntosh, a passenger in a vehicle in December 2018, was convicted of possession of 25 grammes of marijuana. Although he appealed, he did not put in an appearance at Thursday’s hearing of magisterial appeals.

The 2019 amendments to the Dangerous Drugs Act decriminalised the growing and personal use of small amounts of marijuana.

Speaking in the Senate on Tuesday, Attorney General Reginald Armour, SC, said marijuana decriminalisation has resulted in many people’s being spared prison. He said there has been a 77 per cent drop in cannabis convictions, and less money spent prosecuting users.