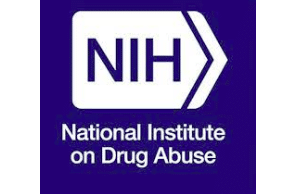 The National Institute on Drug Abuse (NIDA) is renewing its push to promote federally funded research into marijuana as more states enact reform—specifically expressing interest in studies on differing cannabis regulatory models that are in place across the country.

In a notice of interest published on Friday, the agency outlined the types of study proposals it hopes to fund and gave instructions to researchers on how to apply. NIDA said the guidance is informed by recommendations from a workgroup it set up to explore the issue in 2018.

The study solicitation is nearly identical to one NIDA put out in 2019, but that earlier notice expired last month. Evidently, the agency is committed to seeing these research objectives through and has renewed them with the new filling.

NIDA’s notice is meant to “encourage grant applications on the effects of changing cannabis laws and policies in the US and globally on public health,” it said.

“Policies around of cannabis products (including whole plant cannabis and cannabis constituent compounds) in the United States (and globally) continue to evolve, and far outpace the knowledge needed to determine the public health impacts of these changes,” the notice says. “Growing numbers of states have loosened restrictions on cannabis, including those on sales and use, bypassing medical marijuana laws or by making cannabis legal for adult recreational use, and in increasing numbers, states have done both.”

Examples of potential studies include developing standardized methods of measuring marijuana and its components, enhancing epidemiological research on cannabis use, determining “physical and mental health antecedents” of marijuana use, exploring the reasons people start to consume cannabis and continue to use it for therapeutic purposes and several other health-focused topics.

Interestingly, NIDA also again said it would be interested in funding research into “the heterogeneity of regulatory schemes (e.g. models for retail distribution of cannabis products) to understand which combinations or components minimize harm to public health.”

The reason that’s notable is because it’s another example of a federal agency effectively recognizing the inevitability of legalization and the need to start seriously thinking about regulatory models for cannabis.

NIDA emphasized that researchers must comply with the standard THC unit of five milligrams, which it developed and put into place last year, in order to conduct studies with human subjects.

Of course, even as NIDA encourages this kind of research, the head of the agency has repeatedly recognized that marijuana’s status as a Schedule I drug makes the application process onerous. NIDA Director Nora Volkow went so far as to say last year that even she is reluctant to conduct studies on Schedule I drugs like cannabis because of the “cumbersome” rules that scientists face.

NIDA submitted a separate report to Congress in October emphasizing that the Schedule I status of controlled substances such marijuana is preventing or otherwise discouraging research into their potential risks and benefits.