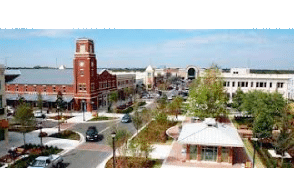 A Texas vape shop owner pleaded guilty Tuesday to a felony charge relating to the importation of counterfeit vaping products, the Department of Justice announced. Muhammad Uzair Khalid (Uzair), 36, of Garland, Texas, pleaded guilty in the U.S. District Court for the Northern District of Texas to one count of trafficking in counterfeit goods, in violation of 18 U.S.C. § 2320(a)(1). Uzair admitted that, from October 2017 to November 2019, he intentionally and unlawfully imported counterfeit vaping-related items from China, including counterfeit vaping atomizers, labels, boxes and bags for vaping-related products.

Since August 2019, the Centers for Disease Control and Prevention (CDC), the Food and Drug Administration (FDA), state and local health departments and other clinical and public health partners have been investigating a 2019 to 2020 national outbreak of E-cigarette or Vaping Product Use-Associated Lung Injury (EVALI) that involved more than 1,000 reports of lung injuries — including some resulting in deaths — following the use of vaping products. As the public health investigation has continued, authorities have warned that the injuries may be linked to the use of vaping products containing Vitamin E acetate, as well as tetrahydrocannabinol (THC).

In pleading guilty, Uzair admitted that he regularly communicated with Chinese manufacturers about the production and sale of counterfeit vaping products. In particular, Uzair consulted with Chinese manufacturers on methods to imitate the branding and logos of well-known American vape companies and imported and sold imitation vaping devices, labels and packaging. Uzair further admitted that he adopted and used those counterfeit marks to boost his sales. Uzair also sold numerous other counterfeit goods at his vape shop.

“The Department of Justice takes counterfeiting seriously,” said Acting Assistant Attorney General Brian M. Boynton of the Justice Department’s Civil Division. “We will continue working with our law enforcement partners to take these products off the market.”

“Our investigation made clear that we needed to take swift action against counterfeit vaping-related items,” said U.S. Attorney Chad E. Meacham for the Northern District of Texas. “The Justice Department will not tolerate the importation of black-market goods.”

Assistant U.S. Attorney Phelesa M. Guy of the U.S. Attorney’s Office for the Northern District of Texas and Trial Attorneys Speare Hodges and Patrick Runkle of the Department of Justice Civil Division’s Consumer Protection Branch are prosecuting the case. This matter was primarily investigated by the U.S. Department of Homeland Security.