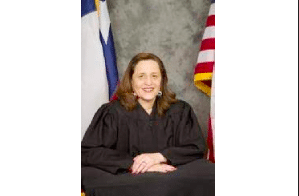 The Supreme Court of Texas has accepted a challenge to Texas’ prohibition on hemp for smoking.

A group of hemp companies is suing the Texas Department of State Health Services (DSHS), the state agency in charge of regulating consumable hemp. After the companies won at district court, the agency appealed and the state’s highest civil court agreed to hear oral arguments on March 22.

The state law at issue, passed in 2019, prohibits the manufacture of hemp meant to be smoked. It followed the passage of the federal 2018 Farm Bill, which legalized hemp nationwide.

The Texas hemp companies in this lawsuit, led primarily by Crown Distributing, sued DSHS in Travis County district court and won a declaration that the ban on smokable hemp is unconstitutional. Judge Lora Livingston also issued an injunction that prevents DSHS from enforcing the ban.

“Based on the entire record in this case, the Court concludes that Texas Health and Safety Code Section 443.204(4) is not rationally related to a legitimate governmental interest,” Livingston wrote in her final judgment.