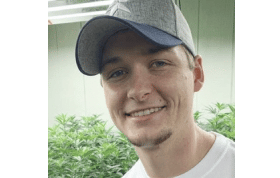 For nearly a year, Hunter Robinson has been facing a felony charge for possession of marijuana, though he never really possessed any. Robinson and his business partner Skyler Purcell were licensed hemp farmers, growing and selling low-THC cannabis from an indoor farm they built in Navarro County. Their business was called Sky & Hobbs Organics. Hobbs is Robinson’s nickname.

But when officers with the Navarro County Sheriff’s Office raided Sky & Hobbs early last June, they didn’t believe the business was legal even when Robinson provided all of their state paper work showing they were a licensed business and that their product was legal.

The sheriff’s officers seized their product, said it tested above the legal limit for THC and arrested Robinson on the felony charge. As of this month, however, the case against Robinson has been dropped. Prosecutors moved to dismiss the charge on May 20. The sheriff’s office didn’t respond to a request for comment.