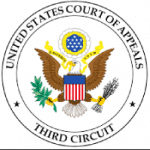 So much has been going on in Texas’ court fights with municipalities over mask mandates, that it might have been easy to miss a significant legal turn about smokeable hemp in the state.

Last Thursday, a Texas appeals court handed down a mixed bag of a ruling that says regulators can’t stop smokeable hemp products from being sold inside the state, online news site Marijuana Moment reports. However, under that ruling, Texas still can block those products from being manufactured here.The upshot? Texans can buy smokable hemp flower and hemp-derived CBD vaping oils legally — so long as they’re made somewhere else.

The ruling by three-judge Third District Court of Appeals is the latest step in a year-long legal fight between four Texas hemp marketers and the Texas Department of State Health Services, which last summer banned sale of smokeable hemp.

The Texas Legislature passed a law legalizing hemp in 2019, and while the language included a ban on processing hemp for smoking, it didn’t specifically prohibit the marketing of smokeable products in the state.

“The Legislature required that the Department’s rules must reflect the principle that ‘the processing or manufacturing of a consumable hemp product for smoking is prohibited,’ but did not mention retail sale,” according to the recent court judgement obtained by Marijuana Moment. “Nevertheless, the Department adopted a rule that banned not only the processing and manufacturing of consumable hemp products for smoking, but also the distributing and retail sale of such products.”