Marijuana retailers in the Golden State have been doing an an amazing job impeding underage access to cannabis. That’s according to a new study just published in the Journal of Safety Research. 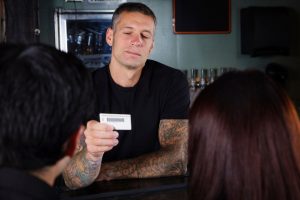 This is excellent news because one of the core points of opposition to legalization of recreational marijuana sales in California was the potential for rampant youth access. This analysis shows that California cannabis companies are doing more than paying lip service to the promise of avoiding this outcome. They are – both in policy and in practice – keeping minors away.

As our Los Angeles marijuana business lawyers can explain, being lax with policies and protocol intended to block those under 21 from accessing cannabis can result in major legal headaches for pot shops. Adults over 21 can purchase, possess, and use small amounts of marijuana legally in this state. But California Health & Safety Code 11361 prohibits adults from selling, giving, or offering marijuana to a minor, inducing a minor to use marijuana, or employing a minor to transport, sell, or give away marijuana. To do so is a felony punishable by between 3-5 years in prison. The exact penalty depends on the age of the minor, the circumstances of the case, and the criminal history of the person accused.

According to the report, the researchers sought to analyze the industry’s compliance with state-level personal identification requirements in California. So they chose 50 randomly-selected retail outlets to determine if one could get in without presenting ID. But 100 percent of the time, the shop required ID be shown, and refused entry to anyone without identification showing they were older than 21.

The consistency of this compliance was something researchers noted with surprise – but it’s not all that shocking to our marijuana business lawyers, considering the penalties lawful operations face if they break the law. Retailers face being shut down completely for illegal activity if they allow access to youth. Police are allowed (and have been known to) use underage decoys to test cannabis business compliance with these rules. That’s why most often, licensed shops require identification upfront, before a person is even allowed into the main portion of the store.

For this reason, teens are unlikely to obtain marijuana directly from dispensaries. Most likely, those who are obtaining the drug are asking an adult to get it for them. These individuals should know that anyone who provides cannabis to a person underage is going to be facing 6 months in jail and a $500 fine.

The study authors say the next step in assessing youth access to cannabis under state-legal laws should involve a closer look at how often youth are able to obtain marijuana using realistic-looking, fake IDs. It should be noted, however, that youth marijuana use reportedly “decreased significantly” last year. That’s according to the annual Monitoring the Future Survey, which has been tracking adolescent drug behavior since the mid-70s. Those researchers found it wasn’t just a decrease in marijuana use, but a decline of illicit substance abuse overall. This trend of declining teen marijuana use has been ongoing for years and is true across the board – including in the 19 states and the District of Columbia, which have legalized marijuana for recreational use since 2012.

This aligns with research from the National Survey on Drug Use and Health, a federally-funded survey released late last year, which revealed youth use of cannabis dropped substantially in 2020. Another analysis released by the U.S. Department of Education showed that from 2009 to 2019, there was no statistical difference in the percentage of high-schoolers who self-reported using marijuana at some point in the previous 30 days.

If you are a marijuana shop retailer in Southern California, working with an experienced marijuana law attorney can help you identify and patch potential weaknesses in your policy and protocol, ensuring you are compliant with state laws and local ordinances.