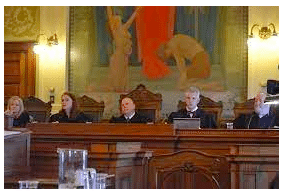 South Dakota’s highest court on Wednesday struck down on technical grounds a recreational marijuana initiative approved by voters in 2020, shattering the development of a projected $285 million market.

A Marijuana Policy Project official, calling the ruling “extremely flawed” and “disrespectful” to voters, pledged that advocates would continue to work to legalize adult-use cannabis in one of the country’s most conservative states.

Wednesday’s ruling also reflects a trend in which public officials use the courts to overturn the will of the voters.

A lower court and now the state Supreme Court – on the eve of Thanksgiving and seven months after oral arguments – ruled that the referendum violated a single-subject rule.

South Dakota was the first state where voters approved both medical and recreational marijuana during the same election.