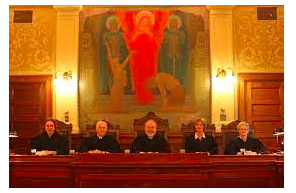 The South Dakota Supreme Court has expanded its professional conduct rules so that lawyers can more thoroughly advise clients regarding marijuana.

Marijuana remains illegal under federal law. South Dakota voters in November approved IM 26 permitting medical cannabis for all ages and Amendment A allowing people age 21 and older to use marijuana.

The Supreme Court’s new rule on marijuana resulted from a decision by the State Bar of South Dakota at its June convention. The bar’s ethics committee chair, Sander Morehead of Sioux Falls, called for its endorsement. He was seconded by Steve Huff of Yankton.

The Supreme Court formally ordered its adoption after an August 24 hearing.

The change affects an existing conduct rule that says, “A lawyer shall not counsel a client to engage, or assist a client, in conduct that the lawyers knows is criminal or fraudulent, but a lawyer may discuss the legal consequences of any proposed course of conduct with a client and may counsel or assist a client to make a good faith effort to determine the validity, scope, meaning or application of the law.”

The ethics committee took a harder position before the November election that lawyers couldn’t assist a client in establishing, licensing, or otherwise operating a marijuana business in South Dakota while it remains a federal crime.