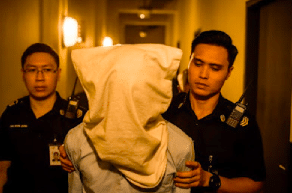 The Court of Appeal concluded that there was no basis to overturn the convictions of the three men or set their mandatory sentences aside.

Singapore’s highest court yesterday upheld the death sentences of two men who were convicted of conspiring to traffic at least 1.34kg of cannabis.

The two men, Malaysian Kamalnathan Muniandy, 27, and Singaporean Chandroo Subramaniam, 52, had denied being involved in the operation and knowing about the drugs.

The Court of Appeal also dismissed an appeal made by a third man involved in the case, Malaysian national Pravinash Chandran, who was sentenced to life imprisonment and 15 strokes of the cane for having the drugs in his possession.

The High Court judge had found that Pravinash, 26, was a mere courier of the drugs, and the prosecution had certified that he had helped disrupt drug trafficking activities. 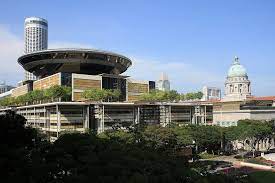 On March 5, 2016, Kamalnathan and Pravinash entered Singapore via the Woodlands Checkpoint.

When they arrived at Kranji MRT station, the drugs were placed in Pravinash’s haversack. Both men then went to a nearby coffee shop where Kamalnathan called a man identified only as “Suren”.

They later went to Kranji Road, where they established contact with Chandroo, who handed them money and empty plastic bags.

The trio were arrested by officers from the Central Narcotics Bureau (CNB) shortly after parting ways. The drugs were found in Pravinash’s haversack.

While the men each gave varying accounts, the High Court judge relied heavily on Pravinash’s account, which implicated Kamalnathan as the one in charge of the operation and Chandroo as the person the drugs were meant to be delivered to, said Justices Andrew Phang, Steven Chong and Belinda Ang, in a judgment released yesterday.

They found that the High Court judge had been right in rejecting Kamalnathan’s and Chandroo’s accounts.

Kamalnathan said in his statements to the police that he was taking instructions from Suren and he knew Pravinash had drugs on him. At the trial, he asserted he had entered Singapore to help Pravinash find a job and that the three blocks of drugs contained “certificates” to be passed to “uncle”.

Chandroo’s credibility was also found to be questionable after he failed to give a consistent account of what the $4,000 found in his possession was intended for.

He had earlier claimed he was on his way to Malaysia to pass the money to a friend, and had met the other two men by chance for the first time along Kranji Road. Chandroo later said during trial that he was in Kranji Road to pass money to a friend of a friend.

Pravinash had alleged, among other things, that the chain of custody of the drugs had been affected.

The judges dismissed this since Pravinash did not dispute that the drugs were in his possession.

The Court of Appeal concluded that there was no basis to overturn the convictions of the three men or set their mandatory sentences aside.