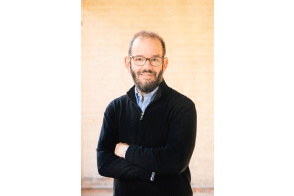 Cary Berger has been named Chief Legal Officer for Shryne Group, Inc. reporting into CEO Jon Avidor. Berger will lead the legal function and advise the board and management on all legal, business and policy matters as Shryne solidifies its position as one of America’s leading cannabis companies.

Berger joins Shryne after serving as the general counsel and chief administrative officer for Houseplant, a cannabis brand founded by Seth Rogen and Evan Goldberg. Berger advised Houseplant in connection with its U.S. launch and was responsible for legal, finance, governmental affairs, and business-related topics in both U.S. and Canada.

“Cary is that rare person who understands both the intricacies of cannabis law and more traditional corporate law and governance,” said Shryne CEO Jon Avidor. “His experience and leadership will be crucial as we continue to expand both in California and in new states.”

“Throughout my career I have worked with private and public companies at the brink of massive growth, and that’s certainly the opportunity I see for Shryne,” said Berger. “I’m excited to help Shryne navigate its next era.”

Berger brings a wealth of experience across industries. In 2013, Berger joined the team at next-generation media company Maker Studios, where he represented the company in its sale to Disney for $675 million. Prior to that, Berger served as president and general counsel of eHarmony, Inc. Berger started his in-house career with the global leader in media and communications semiconductors, Broadcom Corporation. As deputy general counsel and corporate compliance officer, Berger helped take Broadcom from an early-stage public company to a member of the Fortune 500® while completing dozens of strategic acquisitions and expanding the company into 18 countries. Before going in-house, Berger was a partner at the law firm of Irell & Manella representing corporate and private equity clients in a variety of financing and M&A transactions.