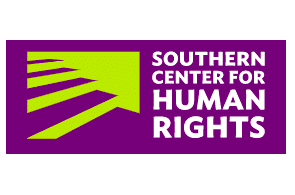 Today, we’re happy to announce that a settlement has been reached in Williams v. City of Cartersville, a civil rights lawsuit filed by SCHR and The Merchant Law Firm, PC, after 64 young people were arrested for being present at a party on December 30, 2017, where less than an ounce of marijuana was found. The lawsuit was filed against dozens of employees of the Cartersville Police Department, Bartow-Cartersville Drug Task Force, and Bartow County Sheriff’s Office. Under the settlement, the Defendants have agreed to pay $900,000.

In the early hours of New Years’ Eve 2017, Cartersville, Georgia police officers were dispatched to an apartment complex near a private residence after reports of gunshots (which they found no evidence of). As they grew closer to the residence (and despite their car windows being up) officers claimed to have smelled marijuana. Under a city policy that allows warrantless home entry on the mere basis of purported marijuana odors, officers entered the private residence without consent, a warrant, or probable cause.

Once inside the home, the officers found dozens of predominantly Black and Brown young people attending a birthday party. They also found less than an ounce of marijuana. The officers immediately detained every person at the party. Hours later, the Bartow County Drug Task Force arrived and eventually arrested 64 partygoers—all but nine of them people of color—without investigating whether they were in any way involved with the small amount of marijuana discovered.

Upon arriving at the Bartow County Jail, the young people were stripped-searched in front of multiple officers and placed in crowded holding tanks, where they stayed for 1-3 days without access to phones, the courts, or counsel. Some were placed in solitary confinement after they complained about their treatment.  Some jail staff placed signs on the holding cell windows that read “THE PARTY CREW.”

The solitary cells were so cold that some people wrapped parts of their bodies in toilet paper or jogged in place to stay warm. One person who experiences seizures informed a jail nurse of her condition, yet was not given her anti-seizure medication until the third day of her detention. A pregnant woman was denied prenatal pills and received no care when she vomited repeatedly in a holding cell garbage can. A diabetic received an incorrect dosage of insulin that exacerbated his condition.

Twelve days after the mass arrest, the Bartow County District Attorney dismissed all of the charges. The arrests and incarceration – and ensuing publicity – were traumatic, and highly disruptive to their lives. The young peoples’ booking photos remained online until after the complaint was filed. Multiple people lost jobs, scholarships, and other opportunities. Even a very short stint in jail can be highly disruptive and traumatizing, with wide-reaching and long-lasting impacts.

“Even though the charges were dropped years ago, it’s still affecting me mentally and emotionally,” said Andrea Lopez, one of the named plaintiffs. “I never pictured myself going through that. It’s made me more aware of prejudice in the legal system, more aware of what happens to people every day.”

Because Cartersville has not rescinded its policy allowing raids on homes based upon a mere whiff of possible marijuana, residents remain at risk. SCHR is calling on the City of Cartersville to rescind this destructive and wasteful policy.

“No matter what I do with my career path, this is going to come up. I don’t think that will ever change,” Ms. Lopez said. “I should feel confident, but this situation still haunts me. It’s still affecting me and others today with big opportunities in our life- not just job-wise…I’m grateful for the amount we were able to get, but I would give that back in a heartbeat if I could take time back and avoid that entire situation from happening.”