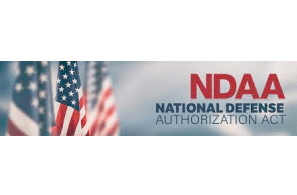 A pair of senators has filed a marijuana amendment that they hope to attach to large-scale defense spending legislation—but it’s not the cannabis banking reform proposal that industry stakeholders have been waiting for. Instead, this one deals with removing barriers to research on marijuana’s effects.

Sens. Dianne Feinstein (D-CA) and Brian Schatz (D-HI) submitted an amendment to the National Defense Authorization Act (NDAA) on Monday that would streamline the application process for researchers who want to investigate cannabis as well as manufacture the plant to be used in studies.

The amendment is identical to standalone legislation that the senators filed in February, alongside Sen. Chuck Grassley (R-IA). The Senate unanimously approved an earlier version of that bill late last year, but it was not taken up by the House by the end of the session.

The proposal would also clarify that physicians are allowed to discuss the risks and benefits of marijuana with patients and require the U.S. Department of Health and Human Services (HHS) to submit a report on those potential health benefits, as well one on barriers to cannabis research and how to overcome those obstacles.