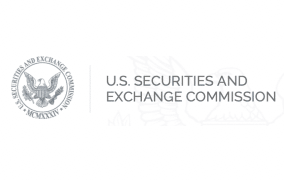 An unlicensed broker who sold allegedly bogus securities for a cannabis company marketing an unpatented pill marketed as an alternative to narcotics was sued Wednesday by the Securities and Exchange Commission, which had sued the company last fall.

Nicolas Arkells took $477,500 from at least six investors, who lost all their principal invested in C3 International Inc., and Arkells was paid $66,205 in commissions on those sales, which he made using material misstatements, the civil lawsuit in the U.S. District Court for the Central District of California said.

Neither Arkells nor C3 were registered to sell securities.

The SEC today charged Nicolas Arkells, a promoter for a California-based cannabis company, with fraudulently selling over $475,000 worth of unregistered securities to six retail investors while acting as an unregistered broker. The investors lost all of their invested funds.

According to the SEC’s complaint, from about July through December 2018, Arkells sold approximately $477,500 worth of C3 securities to six retail investors through material misrepresentations and omissions regarding C3’s business. Specifically, the complaint alleges that Arkells falsely told investors that C3 had received a $30 million capital infusion from a third party. It also alleges that Arkells disseminated documents created by Steele Smith to investors that contained falsehoods and financial projections that had no basis in reality. Arkells allegedly knew or was reckless in not knowing that the statements were false, as he was allegedly aware that C3 had no business operations, manufacturing facility, products, or current revenue. Arkells allegedly received approximately $66,205 in commissions for misleading investors.

The complaint also alleges that Arkells was not registered as a broker or dealer and sold unregistered shares of C3 securities.

The SEC’s investigation was conducted by Stephen T. Kaiser and Elizabeth Marshall Anderson, with assistance from Derek Bentsen and Margaret Vizzi. Mr. Bentsen will lead the SEC’s litigation. The case was supervised by Tim England, Fred Block, and Melissa Hodgman.