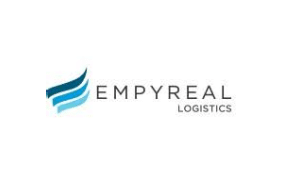 Via The Kansas Reflector

The California seizures occurred based on what authorities learned in Kansas during a May traffic stop of an Empyreal Logistics car. Conversations between state and federal law enforcement agencies stemming from this stop resulted in a series of events in which Kansas and California officers seized more than $1.2 million.

Soon after, the company filed a federal lawsuit detailing how a sheriff’s deputy in Dickinson County stopped one of their vehicles transporting cash from licensed marijuana dispensaries to banks and credit unions, seizing more than $165,000 on Interstate 70. In response, the U.S. Attorney’s Office in Kansas filed a civil forfeiture action against Empyreal, asserting that the cash was connected to sales in violation of the Controlled Substances Act.

A firm representing Empyreal announced Wednesday the DOJ had agreed to return all funds seized by the San Bernardino County Sheriff —approximately $1.1 million — in exchange for dropping the lawsuit.  However, according to the firm representing Empyreal in the federal suit, the settlement does not address the San Bernardino sheriff or the case in Kansas.

The lawsuit alleged Dickinson County Sheriff’s Deputy Kalen Robinson pulled over a transit van heading east on the interstate because the license plate tag was partially obscured. After a conversation with a Drug Enforcement Administration agent, Robinson told the Empyreal driver she was free to go.

As the van headed back to Colorado the next day after picking up cash from Missouri dispensaries, Robinson pulled over the van. During the three-hour stop, the sheriff’s office seized five bags of cash that totaled $165,855, according to the offense report filed in connection with the case.

Empyreal said no traffic citations were issued to their drivers during any of the five stops mentioned in its complaint. However, in the lawsuit, the company said it has been forced to stop transporting cash through Kansas because of the seizures.

Their attorneys argued the stop occurring in Kansas was of no consequence, even if the state has not legalized any form of marijuana use, because it harms legally operating cannabis businesses.

“Empyreal was operating legally under California law, but with current federal civil forfeiture laws, even compliant businesses can be targeted,” said IJ Senior Attorney Dan Alban of the now settled federal case. “Returning this money is the right thing to do.”

Federal law prohibits the U.S. Department of Justice from spending money to prevent states from “implementing their own state laws that authorize the use, distribution, possession or cultivation of medical marijuana.”

The prohibition, known as the Rohrabacher–Farr Amendment, became law in 2014 and must be renewed every year. It remains in effect.