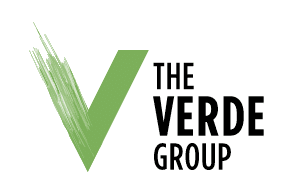 The U.S. Securities and Exchange Commission (SEC) scored a big W this week when a California federal judge ordered cannabis investment firm VerdeGroup to pay more than $1 million in civil penalties, disgorgement, and interest. Law360 reported the final judgment was issued on January 20, 2022, and the defendants have 14 days to pay the SEC. In addition to the payments, the judge has permanently banned VerdeGroup, Thomas Gaffney, and Lisa Gordon from the securities industry.

U.S. District Judge Stanley Blumenfeld Jr. has ordered VerdeGroup to pay a civil penalty of $500,000. VerdeGroup, Tommy’s Pizza, Gaffney and his wife Cynthia Gaffney are jointly and severally liable for disgorgement of more than $470,000, including prejudgment interest. Gaffney and Lisa Gordon were also ordered to pay civil penalties of $100,000 and $5,000, respectively.